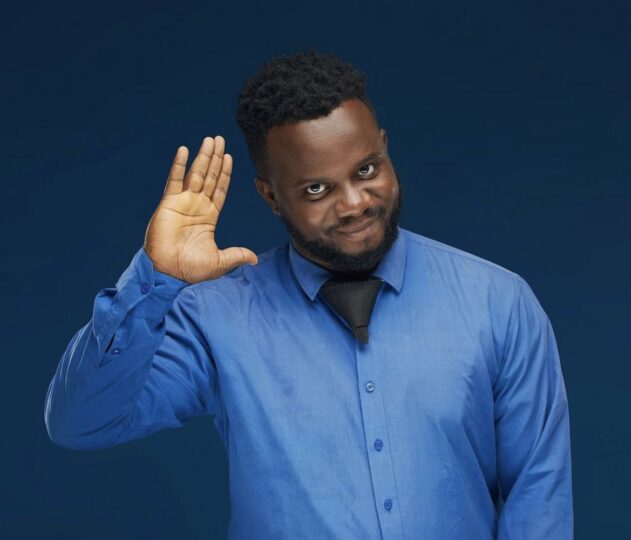 Rave of the moment, Nigerian skit maker Chukwuemeka Ejekwu, better known as Sabinus, has blamed the Federal Government for killing the comedy and entertainment industry.

Sabinus stated this in an interview with Ebuka Obi-Uchendu, TV host, on Rubbin Minds while discussing the revenue potential of showbiz in Nigeria.

The funnyman, said the government has not done enough to establish an enabling environment for the entertainment space to thrive.

“I think entertainment, in general, is the best thing Nigeria has right now. As for Super Eagles, we will talk about that later. Entertainment is one reason for which I would say I’m proud of my country,” he said.

“But I don’t see the government looking into that aspect. They don’t see it as anything. Instead, they go against the entertainers, trying to manipulate us with some kinds of rules, regulations, the police, and all that stuff.

“The government needs to calm down and come to terms with entertainment bodies because so many things are going on that they don’t know about. And these things can help this country. Content creation is a career now.

“It’s paying very well. Why many citizens in the country don’t know about it is because of the government. I wish the government can put an eye on it and invest. You’ll see massive talents that are still behind.

“To do an advert right now, I could get paid N1.5 million or N2 million for a post. In a month I could get five ads. That’s roughly N10 million on a very good month. A reasonable person should invest and put things in place.”

Sabinus also spoke about joining Nollywood, adding that many Nigerian skit makers and content creators earn millions monthly but end up being typecast as people with questionable wealth.

“Content creation helped many youths. There are people YouTube pays roughly N15 million to N20 million every month. Nobody knows. Later, if that person buys a house, people say it’s fraud. It doesn’t work that way,” he said.