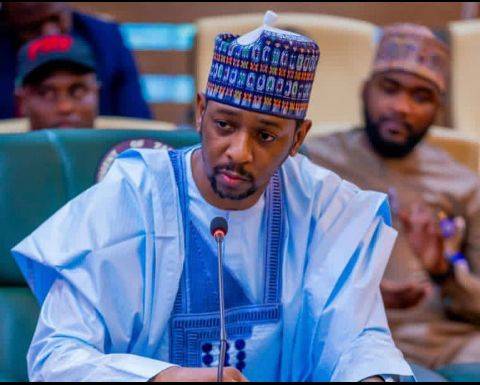 The Zamfara House of Assembly has commenced impeachment proceedings against the Deputy Governor of the state, Alhaji Mahdi Muhammad Aliyu-Gusau.

Director General, Press Affairs and Public Relations to the House, Malam Mustafa Jafaru-Kaura said the move followed a presentation of impeachment notice by the Deputy Speaker of the house, Mr Nasiru Magarya.

“As part of the provision of Section 188 of the 1999 Constitution of the Federal Republic of Nigeria that empowers legislatures to commence impeachment move of a governor or his deputy on allegations of constitutional breaches, wrong doing or abuse of office.

“Therefore, today the Deputy Speaker and Chairman House Committee on Public Accounts presented a formal request notifying the speaker of the House move to impeach Barr. Mahdi Aliyu Muhammad Gusau as the Deputy Governor of the state.”

“The Deputy Speaker accused the Deputy Governor, Mahdi Aliyu-Gusau, for alleged constitutional breaches, abuse of office and financial misappropriation, which are all impeachable offences, and added that Section 188 of the 1999 Constitution empowered them to commence impeachment process against the Deputy Governor without further delay.”

Responding, the Speaker promised that the Assembly would look into the allegations against the deputy governor and act appropriately according to the provisions of the constitution.

Aliyu-Gusau, a lawyer, fell out last year with Governor Bello Matawalle in dumping PDP to decamp to the All Progressives Congress.

Being speculated to replace him is Sifyanu Bashir Yuguda, the commissioner for finance in the state.