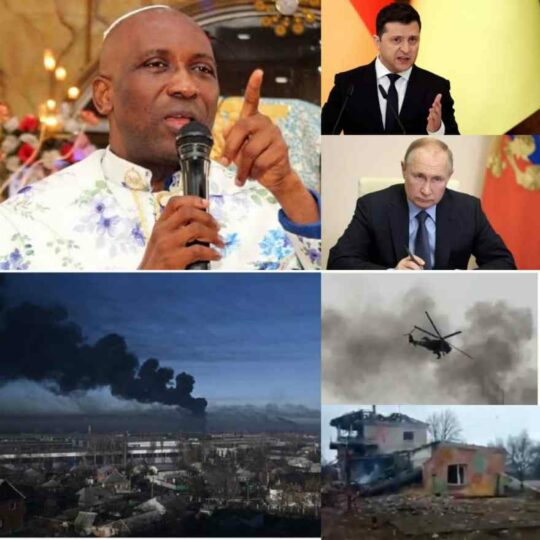 Ayodele stated this while speaking on Russia’s attack on Ukraine in the early hours of today Thursday, 24th Of February, 2022.

The attack happened just 48-hours after Primate Ayodele warned that he foresees destruction that will affect other countries if world leaders don’t intervene in the long-standing crisis between the two countries.

In a fresh statement signed by his media aide, Osho Oluwatosin, Primate Ayodele warned Vladimir Putin to cease fire against Ukraine or else, an assassination attempt will be made on his life before his tenure ends.

The cleric made this statement at his prayer mountain, advising world leaders to appease Putin because the crisis will lead to a waste of his life if care is not taken.

Primate Ayodele maintained that he is speaking according to what God has revealed to him and that he is not afraid of anyone.

Though Putin is near victory in this war-like situation, Primate Ayodele said it will lead to his destruction if he doesn’t retract.

‘’I am talking as the Lord revealed to me, God has directed me to warn Putin against this war. The world leaders should mediate well, there will be an assassination attempt on his life if he doesn’t cease-fire now’’

‘’God is angry with him, and unless he retracts, God will wage a war against his government. Putin still has the opportunity to retrace his steps now or else, he will be destroyed.’’

‘’I’m not afraid, I will speak whatever the Lord says. Putin is at the edge of destruction, what he perceives as victory will lead to his destruction.’’