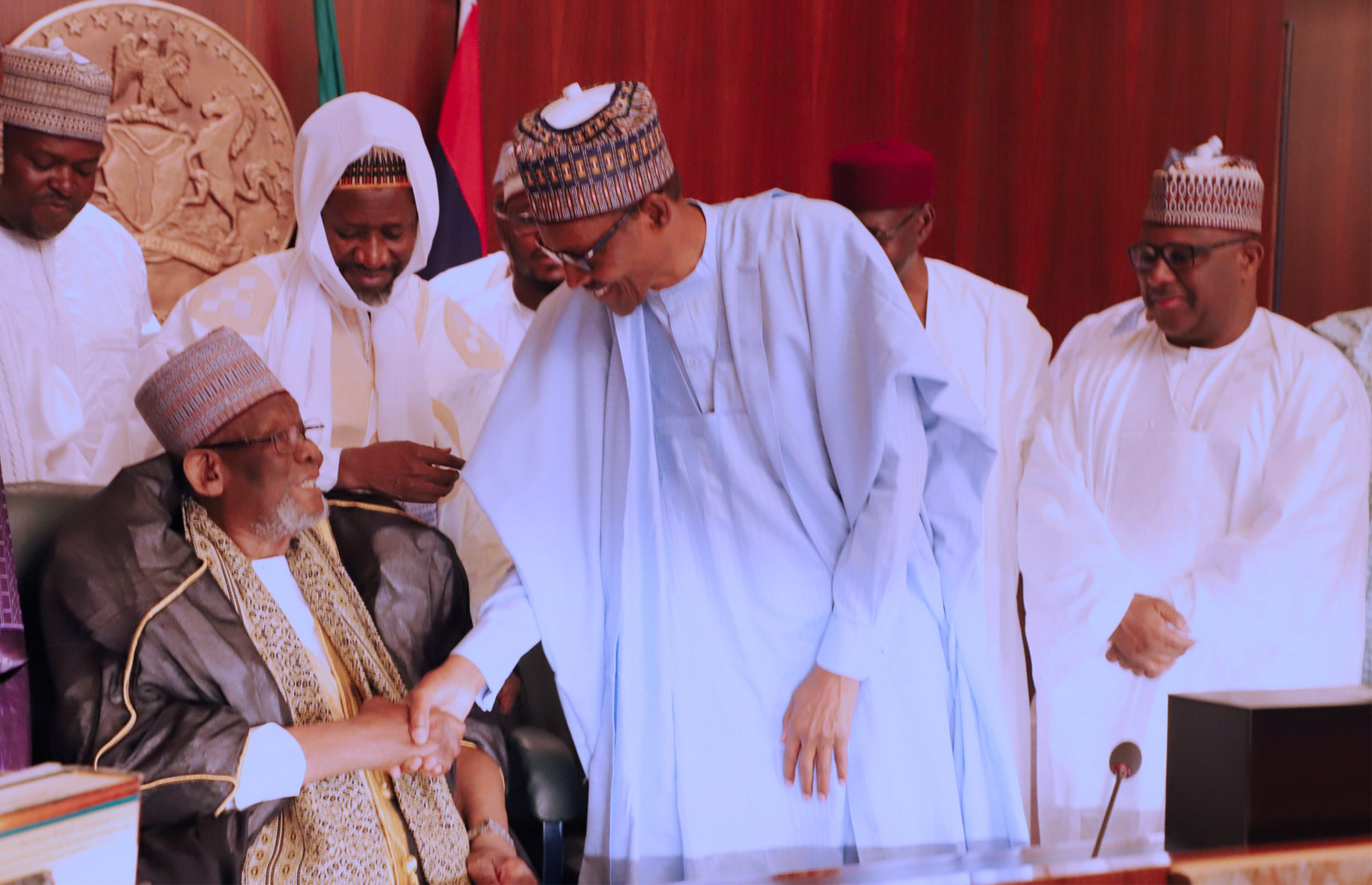 R-L; Founder BUA Alhaji AbdulSamad Rabiu, President Muhammadu Buhari in a handshake with the Leader of Grand Khalifa of Tijjaniya, Sheikh Ahmed Tijjani Inyass and others

This is contained in a statement issued by Garba Shehu, the Senior Special Assistant to the President on Media & Publicity.

Buhari joined the government and people of Zamfara State to commemorate the birthday of the sect’s founder.

According to the President, the tradition of hosting and honouring religious leaders is as old as Nigeria itself.

He called on the visitors to join the citizens in praying for peace and safety for all in the country and beyond.

Meanwhile, he assured citizens that the administration will, at all times, respect the citizens’ undeniable right to practice a religion of their choice.

However, he appealed to religious groups to act with restraint and mutual respect at all times.