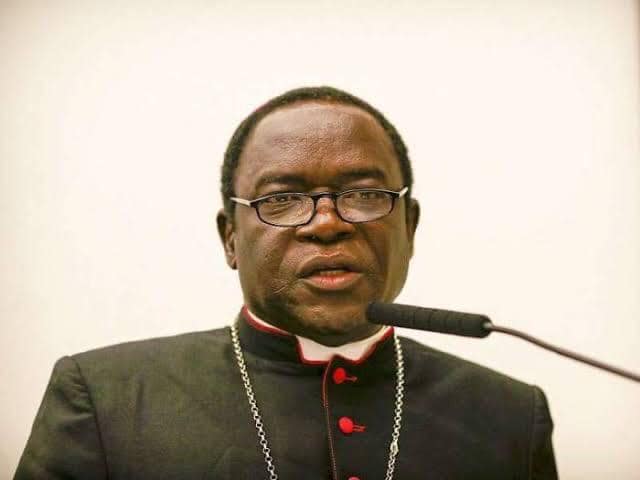 Bishop Matthew Kukah of the Catholic Diocese of Sokoto has said there is nothing wrong with women requesting to have more of them in government and in political offices for social, economic development of the country.

He said this on Saturday in Abuja in a keynote address he read at the Lux Terra Foundation Book Festival and the unveiling of seven books by Rev Fr George Ehusani.

NAN recalls that some Nigerian women had on March 3 protested against the rejection of pro-equality bills by the National Assembly (NASS).

The women, who converged on the entrance of the National Assembly in Abuja, demonstrated against parliamentary votes which discarded five bills that were meant to grant more autonomy to Nigerian women.

The bishop said it was not fair for the role of women not to be recognised in the country.

He said, “For me, I don’t mind the quota the women are demanding and asking for; but if for any reason such request will be granted, such positions should be rotated and not given to the same known women who had ruled before or who have continued to take the space.”

He advised women not to give up on their struggles as they were well recognised and appreciated, urging them to keep up the good works they have always been doing in helping to build the society.

The bishop also commended Fr George Ehusani for his good work of contributing toward reviving the reading culture in Nigeria, adding that the book launch was initiated to bridge the identified reading gap among school pupils too.

He, however, maintained that the reading abilities of children would greatly improve if they had role models to look up to.

Kukah said that children should have role models that would guide them on how to pronounce words correctly, read books and think critically for a better country.