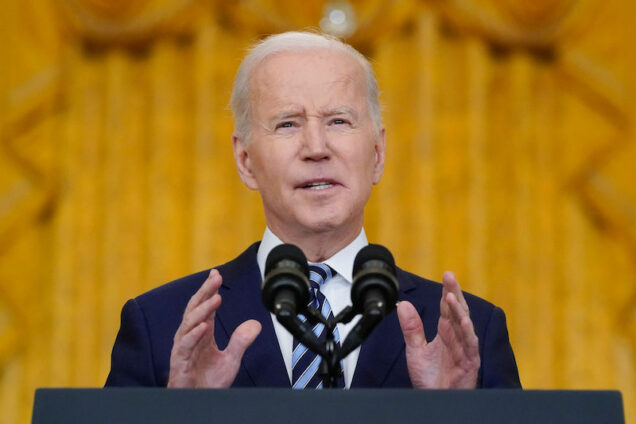 U.S. President Joe Biden has announced a ban of Russian oil imports, as part of measures to punish Russia for the invasion of Ukraine.

“That means Russian oil will no longer be acceptable in U.S. ports and the American people will deal another powerful blow to (Russian President Vladimir) Putin’s war machine.”

The latest measure was to ramp up the pressure campaign on Moscow.

Biden has been working with allies in Europe, who are far more dependent on Russian oil, to isolate Russia’s energy-heavy economy and President Vladimir Putin.

Russia exports between 4 and 5 million bbls of crude a day and about 8,500 billion cubic feet of natural gas annually.

The United States imported more than 20.4 million barrels of crude and refined products a month on average from Russia in 2021, about 8% of U.S. liquid fuel imports.

According to the Energy Information Administration any ban is likely to spike gasoline prices and inflation even further.

The United States also imports a negligible amount of coal from Russia.

Biden said sanctions imposed by the United States and its allies had already caused the Russian economy to “crater”.

He said the latest moves had been made in close consultation with allies and partners around the world.