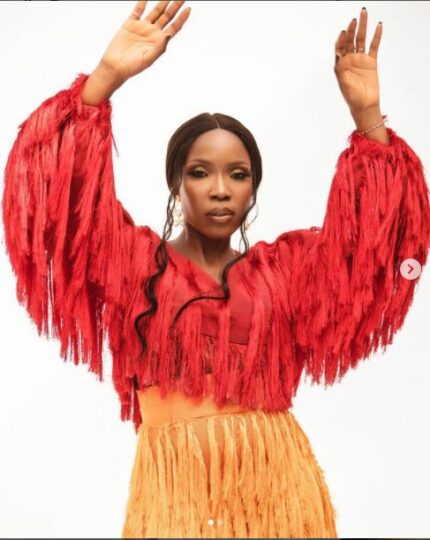 Award-winning Nollywood actress, producer and casting director, Kemi Lala Akindoju is a beauty to behold as she celebrates her 35th birthday today.

The pretty mum of one in a series of posts on her Instagram page shared some cute photos from her birthday shoot with her fans and followers as she celebrates both her big day and the Internation Women’s Day.

In one of her posts, Akindoju described herself as the light of the world, salt of the earth, and a city set upon the hill which cannot be hidden.

She wrote: “Light of the world
Salt of the earth
A city set upon a hill
I CANNOT be hidden.
.
I’m ready for all the mind blowing manifestations as I walk in the fullness of God’s will and purpose for me.
.
Game face for the 35th year.
We move!
#ThirtyFine
#ThirtyFire
#IWD2022
#InternationalWomensDay
#BreakTheBias
#BirthdayGirl”