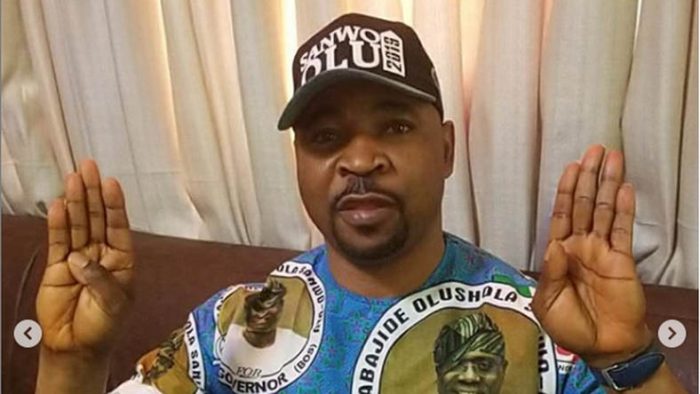 Musiliu Akinsanya, aka MC Oluomo, has shunned the suspension issued by the National Union of Road Transport Workers as he chaired a meeting in Lagos.

According to Jimoh Buhari, MC Oluomo is currently chairing a meeting in Lagos.

The media aide said MC Oluomo is not aware of any suspension.

“As far as we are concerned, we are not aware of the suspension because we have not received any letter from the national leadership,” Buhari told Punch.

“A leader of an organization cannot be suspended on social media.

“MC Oluomo is going into a meeting at the moment and he is going to chair the meeting. He remains Lagos NURTW chair.”

The national body had suspended MC Oluomo indefinitely on Wednesday.

The national body accused MC Oluomo, the Chairman of The Lagos chapter, of misconduct, insubordination, and inciting members of the state chapter against the apex body.

The suspension may be connected to a protest staged by Mc Oluomo supporters during which they accused the union at the national level of unnecessarily interfering in state affairs.

The national headquarters of the union had queried Akinsanya for refusing to carry out instructions given to him in recent times.

Akinsanya was also accused of resorting to intimidation, harassment, and assault on the newly-appointed Chairman, Tricycle Owners, and Operators Association of Nigeria, Azeez Abiola, aka Istijabah.

In his response, Akinsanya said he had successfully complied with his oath of office.

He refuted the claim that he instigated members of the union to assault Abiola.

He, however, noted that the legality of the TOOAN operations in the state is a subject of a suit pending before the National Industrial Court.

Akinsanya also refuted claims of engaging in acts of insubordination and anti-union activities in the state.