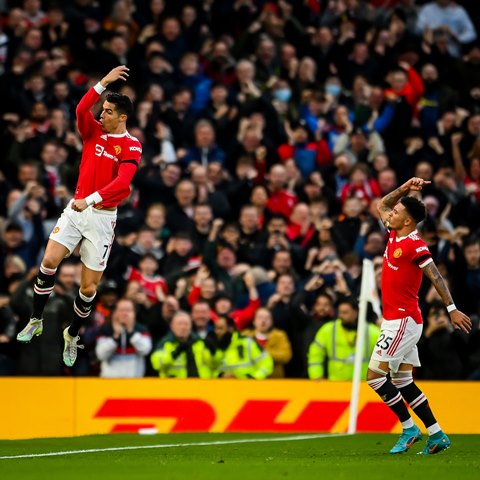 United, who were beaten by Manchester City 4-1 last week needed to win the match to brighten their chances of qualifying for champions league next season.

Ronaldo did the magic, grabbing a hat-trick to single-handedly give United the much-needed victory.

Ronaldo opened scoring for United on 12 minutes after receiving a brilliant pass and arrowed the ball into the top left corner for a great goal.

Harry Kane drew Tottenham level on 35 minutes from from the penalty spot. He drove the ball  into the left of the net, giving goalkeeper David de Gea no chance.

Three minutes later, Ronaldo made it 2-1 for the homers, He had acres of space after latching on to a precise pass into the box and he did not hesitate to unleash a great effort which ended up in the bottom left corner.

On 72 minutes, Tottenham equalised again after an own goal from Harry Maguire. Maguire unluckily turned a cross into his own net.

Nine minutes later, Ronaldo rescued United again, getting his third goal of the match. A well-taken corner kick found him and he headed home for United.