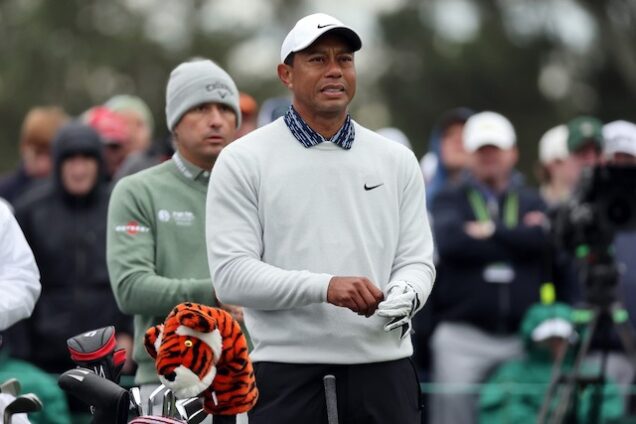 Tiger Woods admitted he had “zero feel” for the greens at Augusta National as he slumped to his worst ever score in the Masters on Saturday in Georgia.

Woods four-putted the fifth hole and three-putted six times in a miserable third round of 78, eclipsing his previous highest score of 77 on his debut as an amateur in 1995.

The 46-year-old at least maintained his sense of humour when asked what he struggled with, replying with a smile: “I was hitting too many putts.

“It was like practice putting. I hit 1,000 putts out there today. I just had zero feel for the greens and it showed.

“I did what I needed to do ball striking-wise, but I did absolutely the exact opposite on the greens.

“I just could not get a feel for getting comfortable with the ball. Posture, feel, my right hand, my release, I just couldn’t find it.

“With as many putts as I had, you’d think I’d have figured it out somewhere along the line. But it just didn’t happen.”

Asked what his target would be in the final round in his first top-level event since suffering severe leg injuries in a car crash in February last year, Woods added: “What am I, six over?

“Maybe shoot 66 and get back to even, right where I started. Hopefully feel a little bit more limber tomorrow (Sunday).”

Woods followed a three-putt on the first by almost holing a bunker shot on the par-five second for an eagle.

But he then four-putted the fifth as his somewhat casual bogey attempt caught the edge of the hole and horse-shoed out.

The 15-time major winner also three-putted the ninth and 11th and although he birdied the 12th and 13th, he needed nine more putts to complete the final three holes.