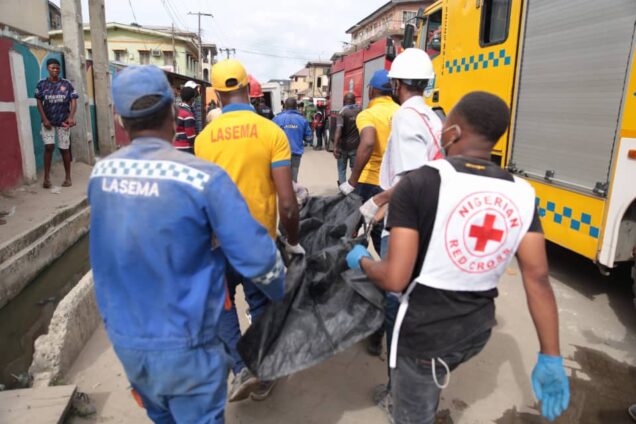 Another body from the collapsed building. Photo: Efunla Ayodele

The National Emergency Management Agency (NEMA) on Monday said that the death toll at the collapsed three-storey building in the Ebute Metta area has increased to 10.

Mr Ibrahim Farinloye, the Zonal Coordinator, South-West, NEMA, confirmed the development to the News Agency of Nigeria (NAN) in Lagos.

“The number of rescued occupants remains 23, while six males and four females have been so far recovered dead,” Farinloye said.

Recall that a three-storey building collapsed on Sunday at about 10.56 p.m. on 24 Ibadan Street, Herbert Macaulay Way, Ebute Meta, Lagos.

However, rescue operations are still ongoing at the site of the incident in search of occupants trapped under the rubble.