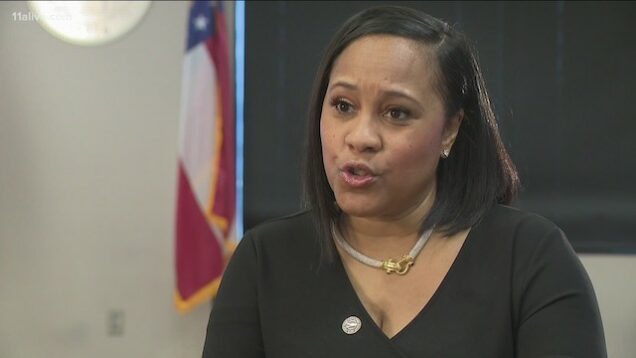 A special grand jury was selected Monday for the investigation into whether former President Donald Trump and others illegally tried to influence the 2020 election in Georgia.

The investigation has been underway since early last year, and Fulton County District Attorney Fani Willis took this unusual step of requesting the special grand jury to help it along.

She noted in a letter to the chief judge that the special grand jury would be able to issue subpoenas to people who have refused to cooperate otherwise.

The chief judge ordered the special grand jury to be seated for a period of up to a year, beginning Monday. Of the pool of about 200 people called from the county master jury list, 26 were chosen to serve — 23 grand jurors and three alternates.

Special grand juries focus on investigating a single topic and making recommendations to the district attorney, who then decides whether to seek an indictment from a regular grand jury.

Because of the intense public interest in this case, the court made arrangements for parts of Monday’s selection process to be broadcast live.

Now that the special grand jury has been selected, however, everything it does will happen in secret.

Fani Willis has confirmed that her team is looking into a January 2021 phone call in which Trump pushed Georgia Secretary of State Brad Raffensperger to “find” the votes needed for him to win the state.

She has also said they are looking at a November 2020 phone call between U.S. Sen. Lindsey Graham and Raffensperger, the abrupt resignation of the U.S. attorney in Atlanta on Jan. 4, 2021, and comments made during December 2020 Georgia legislative committee hearings on the election.