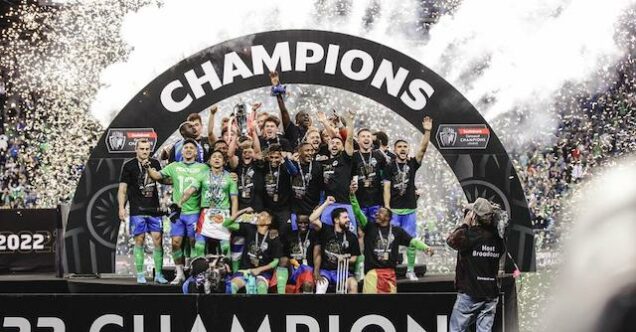 They beat Mexico’s Pumas UNAM 3-0 on Wednesday following Raul Ruidiaz’s double, which helped them to a 5-2 aggregate victory.

The American side’s victory, in front of a record crowd of 68,741 at Lumen Field, ended a streak of 13 consecutive Champions League title wins by Mexican clubs.

The teams drew 2-2 in the first leg in Mexico.

“There are no words to describe what I’m feeling right now, the club made history and deserved it, now enjoy it,” Ruidiaz told Fox Sports.

The Peru striker broke the deadlock with a deflected effort in the 45th minute and another late on before Nicolas Lodeiro scored from a rebound in the 88th minute.

“The MLS deserved the continental title, and this will go down in history,” said Lodeiro.

The title means that the Sounders will also become the first MLS team to progress to the FIFA Club World Cup, the annual competition that brings together the champions from the six global confederations.

CONCACAF is the governing body for football in North America, Central America and the Caribbean.