We played well, we lost it: Guardiola speaks on City's miserable night in Madrid 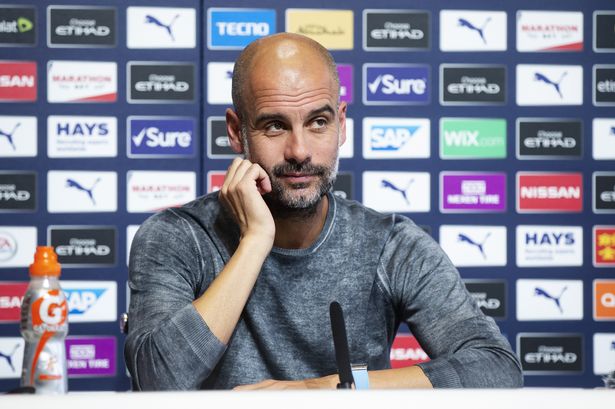 Pep Guardiola couldn’t fault the effort of his Manchester City players despite their Champions League elimination at the hands of Real Madrid on Wednesday night.

The loss came in dramatic fashion. City scored first to lead 5-3 aggregate and extend the lead they had in the first leg.

Then Madrid substitute, Rodrygo pumped in two goals in the dying minutes of the game to level the match 5-5.

In the extra time, Benzema scored a penalty in 95th minute to put Madrid 6-5 ahead of City.

“Except at the end, we were brilliant,” Guardiola said after the game at the Estadio Santiago Bernabeu. “But it’s all about goals and they scored one more.

“For most of the game, we were in control. We played well, we had a very good chance with Jack [Grealish]. It’s true that they looked dangerous. They finished with four strikers and [Eder] Militao.

“Before the first goal we weren’t being troubled by Madrid. They have done this so many times throughout history, but we didn’t feel overwhelmed. When we were playing at our best they came back at us.”

The Catalan and former Barcelona boss was then asked if this loss, at Real Madrid, was the most painful he had experienced in his career.

“I’ve suffered other tough defeats in the Champions League, like against Chelsea with Barcelona,” Guardiola said.

“We came very close. In the first half we struggled, but in the second it was better. In the end we didn’t finish in control.”

Guardiola, having lost in last season’s final, knows that coming up short is part of football. Now he has to find a way to motivate his players in their Premier League title race against Champions League finalists Liverpool.

“We have to lift our players, this happens in sport,” Guardiola said. “This feeling of being so close to getting it…. Then they were 2-1 up, they got a penalty and it was over.”