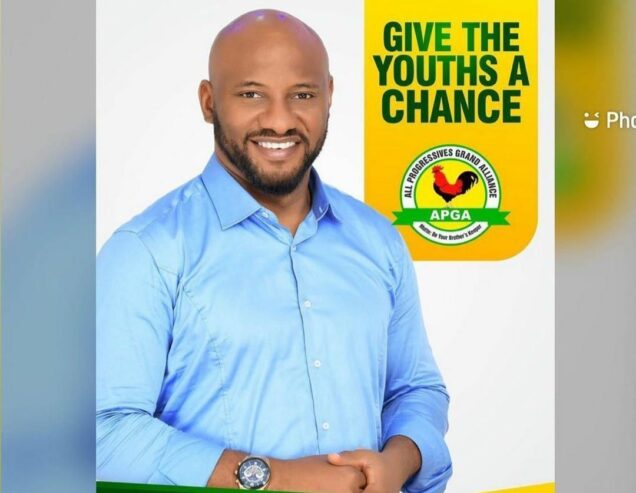 Nigerians have told controversial Nollywood actor, Yul Edochie that his presidential aspiration will not fly and advised him to put his house in order.

Edochie uploaded campaign posters of his presidential aspiration under APGA on his Instagram page on Friday and called on Nigerians to vote for him.

He even said God is preparing him to become Nigeria’s president next year and released and solicited for donation and dropped his account.

Many wrote him off, saying he should go and vie for the presidency of Nollywood.

Precious ijay, in her response said: “All I can say is good luck, my vote goes to Peter obi, but I wish you luck.”

Em_empire_ wrote: “We want to know the cause of your action first before we decide… Make we no go judge wrongly tell us the full story first.”

As for tiyasplatform, “On your way to eye a third wife😂”

Kanu,franklin stated: “You can’t do giveaway on Tuesday and drop campaign account on Friday. Choose! Choose just one struggle, bruh!”

Asibi_azibo wrote: “Don’t get you oh, you mean you were able to tolerate millions of people but you couldn’t tolerate your wife but went ahead to hurt her to, na lie bro. after getting the presidential seat you go betrayed us like the way you betrayed May. Relax and enjoy your marriages okay.”

Agorom4 said: “For where after breaking your wife’s heart.”

Kidscornerinteriors_store wrote: “Even if the election Is on Instagram you no go still fit win oo.”

“I swear, who is advising this man? It’s such a pity I don’t think you understand how presidential voting is ooo. Assuming you didn’t marry second wife you would likely have higher chance but now you just wan waste money ni ooo,” Abbymainchick1 said.

Melodymbah added: “You’re a joker… you’re contesting for president and all you do is for paid advert you’ll get on IG…how many states have you visited? oh you think the IG likes are counted during election?”