Watford relegated to Championship for 4th time in 22 years 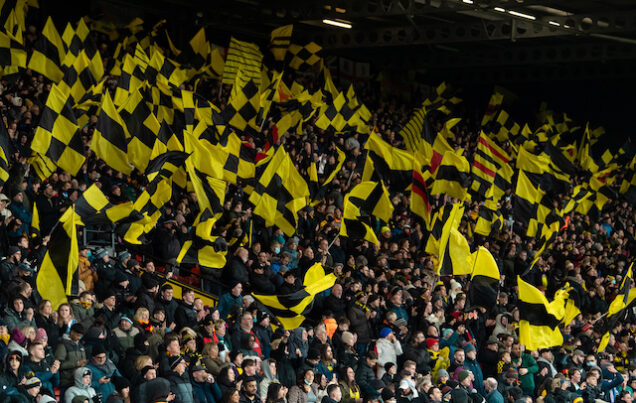 Watford have been relegated to the EFL Championship, following their 0-1 loss to Crystal Palace at Selhurst Park on Saturday.

The result effectively confirmed the club’s relegation from the Premier League, the fourth time in 22 years.

The only goal of the game at Selhurst Park was scored by Wilfried Zaha to give Palace their tenth win this season.

Norwich in all the 35 games played so far earned only 22 points.

Everton which stand atop them in the zone have 32 points, with four matches in hand.

Watford returned to the premiership last year, after one season in the EFL championship.

They were similarly relegated in 2020 after a spell of five years, from 2015 in the premier league.