AC Milan move closer to another Scudetto since 2011 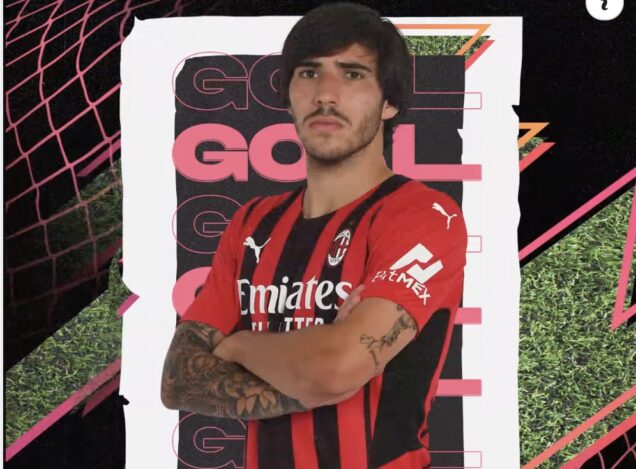 Sandro Tonali marked his 22nd birthday by scoring twice as AC Milan moved a step closer to the Serie A title with a 3-1 triumph at Hellas Verona on Sunday.

Inter Milan leapfrogged Stefano Pioli’s side at the summit with victory over Empoli on Friday and AC Milan’s response at the Bentegodi started poorly when Marco Faraoni headed Verona in front.

However, Tonali struck either side of half-time ——- with the excellent Rafael Leao assisting both ——- to turn the game around.

Alessandro Florenzi’s late third made sure the Rossoneri remain on course for their first Scudetto since 2010/2011, back two points ahead of Inter Milan with two games to play.

Lorenzo Montipo had produced a fantastic save to deny a Rade Krunic header in the opening stages, before Tonali saw a low finish ruled out for offside following a VAR check.

David Calabria’s volley was turned away by Montipo, while Gianluca Caprari and Giovanni Simeone each arrowed narrowly wide at the other end in a frantic first half.

Verona broke the deadlock when Darko Lazovic chipped in for the unmarked Faraoni to nod home, but Tonali equalised 10 minutes later, prodding in after a mazy left-wing run by Leao.

Leao repeated the trick after the interval, driving forward on the counter-attack before drilling across the face of goal for the incoming Tonali to tap in and nudge Milan ahead.

Adrien Tameze fired a presentable opportunity wildly over as Verona searched for a response.

But AC Milan instead sealed victory when substitute Florenzi ——- on the pitch just 119 seconds ——- powered into the bottom-left corner with four minutes to go.(dpa/NAN)