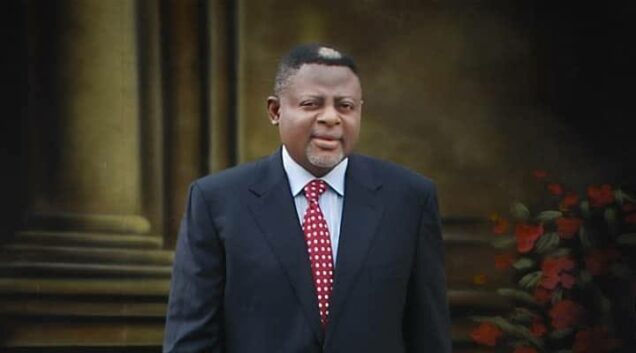 Sen. Bassey Otu has emerged as the consensus governorship candidate of the ruling All Progressives Congress (APC), in Cross River.

This was announced in a statement issued by the Publicity Secretary of APC in the State, Mr Erasmus Ekpang, on Tuesday in Calabar.

Ekpang said Otu, who represented the Southern Senatorial District of Cross River in the senate between 2011 to 2015, was adopted by the APC in a meeting on Monday in Abuja, to fly its governorship flag in the 2023 General Elections.

According to the publicity secretary, Otu’s emergence as a consensus governorship candidate is a unanimous decision by the 17 governorship aspirants and critical stakeholders of the party in the state.

“The meeting, which was presided over by Gov. Ben Ayade, had in attendance the state chairman of APC, Mr Alphonsus Eba, other executive members, and the 17 gubernatorial aspirants under the platform of the APC.

“The meeting which was held in Abuja, was a congenial political family meeting which resolved to donate power to Sen. Otu to fly the flag of the party as its gubernatorial candidate.

“The party expressed it’s sincere appreciation to the governor, the APC state chairman, all the governorship aspirants, and critical stakeholders, for arriving at this historic milestone.

“We all look forward to a robust primary” he concluded.