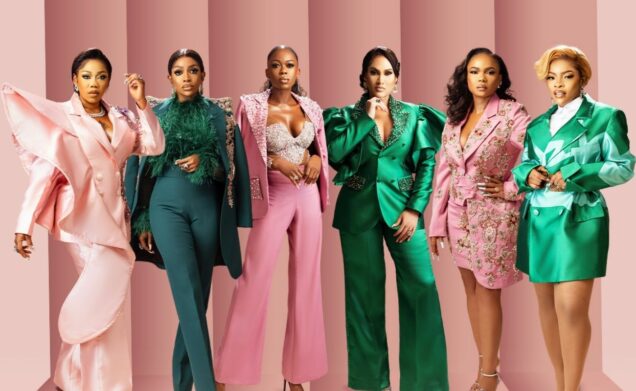 The Real Housewives of Lagos

Mariam Adeyemi-Trimmer, one of the actors of the television series “The Real Housewives of Lagos”, has revealed her least favourite co-star/housewife, Carolyna Hutchings-Danjuma.

In an interview with the host of Rubbin Minds, Ebuka Obi-Uchendu and Toyin Lawani, she explained that they both didn’t start off on a good note.

“From the beginning to the end, Caroline. Our first vibe as you saw on the show wasn’t great, but we were able to like to sit down during the show. In the end, it was just sour.

“She just left a sour taste in my mouth that I just can’t wash off. I didn’t expect (what I saw from Caroline). Our first impression wasn’t good, but we were able to get past it. But at the end of the day, she was nice to everyone but…” she added.

Contributing to the conversation, Toyin Lawani said “…you know she (Carolyna) is an actress. She has a way she does things or says things that will pinch you”.

“She’s a pretender, that’s who she is. But the truth is a lot of things happen off-camera that the cameras don’t get to see. So most times, it’s your word against mine. Some people are so good that acting. When the camera comes on, they’re somebody else entirely” she added.

Carolyna is a Nigerian actress who was formerly married to billionaire businessman, Musa Danjuma. She made her screen debut in 2004, starring in some of Chico Ejiro’s popular films.