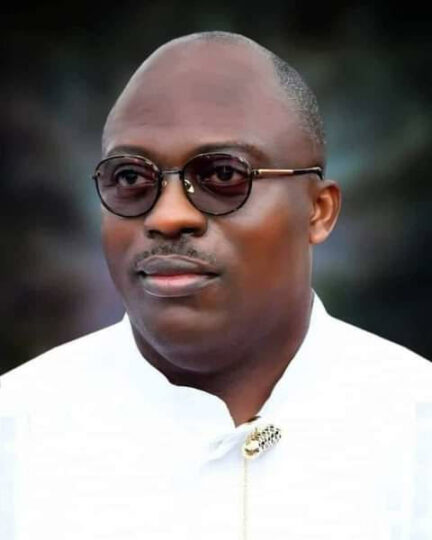 The Accountant General of Rivers State, Siminialayi Fubara and Governor Nyesom Wike’s anointed aspirant has emerged the Governorship candidate of the PDP.

The Economic and Financial Crimes Commission had declared Fubara Siminayi, and 58 others wanted for N435 billion fraud.

Fubara contested among 16 aspirants. He is from Opobo kingdom in Opobo Nkoro Local Government Area of the State.

His endorsement somehow fulfilled the yearnings of the proponents of power shift from from the upland part of the state to the riverine part to possibly produce the next Governor.

However, and as expected, his endorsement by the governor was not without controversies as he is alleged to be on “wanted list” of the Economic and Financial Crimes Commission, EFCC.

The Primaries initially had a hiccups due to the hearing of a court case at the Federal High Court, Abuja. The case was filed against the party by Farah Dagogo, the lawmaker representing Bonny-Degema federal Constituency in detention.