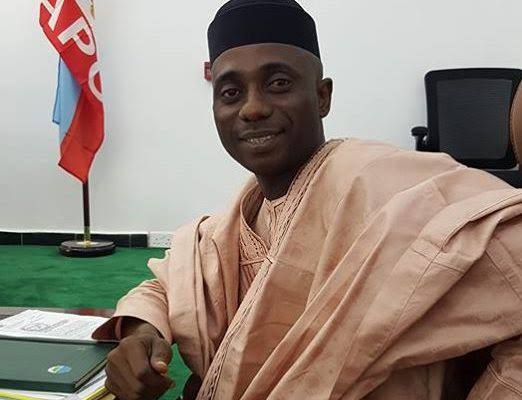 Controversy is trailing the the outcome of the Yagba Federal Constituency primary election of the ruling All Progressives Congress, APC, conducted on Saturday at the Yagba East Local Government Area, LGA Secretariat, Isanlu.

The election held far into early evening when the last of 170 delegates from the three LGAs in the constituency cast his vote.

After sorting and counting the ballots, Engr Folorunsho Olafemi was declared winner, with his supporters jumping to the street in boisterous jubilation.

A trending video in the social media show Alhaji Ibrahim Isiaka, the Returning Officer announcing that Olafemi scored the highest number of votes at the primary election.

He listed the four contestants for APC ticket for Yagba Federal Constituency and their votes as follows: Elijah Joseph, 6; Dele Obiniyi, 16; Folorunsho Olafemi, 76; and Kingsley Fanwo, 72.

However, shortly after departing the Secretariat for onward transmission of the outcome of the election to Lokoja, words went round that the results had been upturned.

There were claims in the social media that the Returning Officer reviewed the exercise and discovered that six votes formerly declared for Olafemi were later discovered to be invalid, thus giving victory to Fanwo, the immediate past Commissioner for Information in the state.

According to a social media statement by Fanwo’s group, “there was early jubilation by supporters of Mr Folorunsho Olafemi, as six invalid votes were added to Olafemi’s votes and thugs were mounting pressure on the Returning Officer to announce the him as winner. But after thorough scrutiny, it was discovered that Fanwo actually won the election by 72 votes to 70. Congratulations to the KFF Family.”

Olafemi’s group, however, countered the claim, accusing Fanwo of declaring himself the winner of the primary. The group warned against tampering with results in the interest of fairness and equity.

“This election has been won and lost without an iota of ambiguity. We therefore call on other aspirants to join hands with Engr. Folorunsho Olafemi to build the Yagba of our dreams, as against self declaration and peddling of fake results which has no place in law,” one Emmanuel said in a statement on behalf of Olafemi Campaign Organisation.