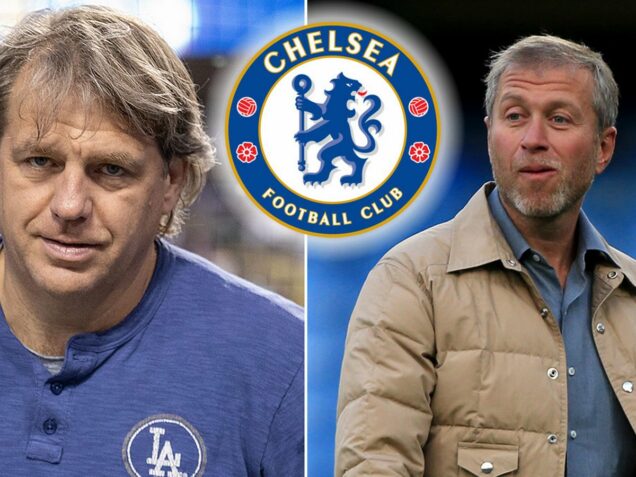 Chelsea is now officially owned by American businessman, Todd Boehly as his consortium has completed a £4.25bn takeover, ending Roman Abramovich’s 19-year ownership of the club.

A statement to this effect has been released on the Blues’ website.

It reads: “Roman Abramovich has completed the sale of Chelsea Football Club and related companies to an investment group led by Todd Boehly and Clearlake Capital.

“Throughout this process, we have worked very closely with the UK Government, in particular the Department for Digital, Culture, Media, and Sport (DCMS), and HM Treasury, as well as with the Premier League, The FA, and UEFA.

“In order to complete the transaction, we needed consents and approvals from all, and in particular from the UK Government.

“We have been able to obtain all necessary consents, as well as further licences required in Portugal, Canada, and Jersey due to the structure of the previous ownership.”

Abramovich bought Chelsea in the summer of 2003 and transformed the club into a European powerhouse. Nineteen major trophies were won during his time as owner, and the Russian – who remains under sanctions by the UK government and EU – has called his tenure the “honour of a lifetime”.

“It has been nearly three months since I announced my intention to sell Chelsea FC,” Abramovich said in a rare statement released on Saturday. “During this time, the team has worked hard to find the right custodian for Chelsea FC that would be best positioned to successfully lead the Club into its next chapter.

“The ownership of this Club comes with great responsibility. Since I came to Chelsea nearly twenty years ago, I have witnessed first-hand what this club can achieve.

“My goal has been to ensure that the next owner has a mindset that will enable success for the Men’s and Women’s team, as well as the will and drive to continue developing other key aspects of the Club, such as the Academy and the vital work of Chelsea Foundation. I am pleased this search has now come to a successful conclusion.

“As I hand over Chelsea to its new custodians, I would like to wish them the best of success, both on and off the pitch. It has been an honour of a lifetime to be a part of this Club – I would like to thank all the Club’s past and current players, staff, and of course fans for these incredible years.

“I am proud that as a result of our joint successes, millions of people will now benefit from the new charitable foundation which is being established. This is the legacy which we have created together.