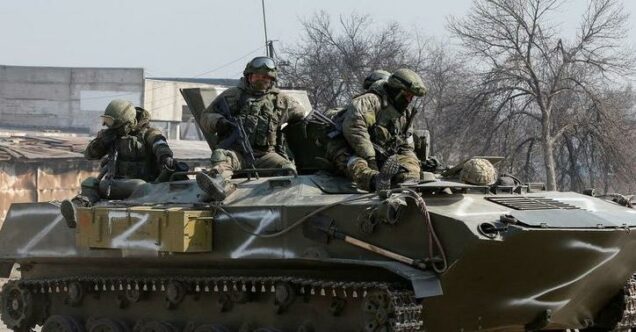 The Russian Communist Party in far-eastern Primorsky Krai on Wednesday expelled two regional lawmakers for calling for an end to the war in Ukraine.

The call from the two lawmakers from the Primorye region around Vladivostok in Russia’s far east prompted great interest internationally as it showed there was resistance inside Russian politics to the war.

Anatoly Dolgachev, head of the Communist faction in the regional parliament, Kommersant newspaper reported saying “these lawmakers have discredited our party with their appeal so there is no place for them in our ranks.’’

During a parliamentary session last week, one lawmaker read out a statement calling on Russian President Vladimir Putin to end the “special military operation.” This was the official term used by Moscow to describe its war in Ukraine.

While one colleague supported the move, the regional leadership and his own party leadership accused him of betrayal and threatened consequences.

It was unclear whether the two lawmakers will face further disciplinary measures aside from being expelled from the regional party faction.

Russia’s government has tightened laws to prevent domestic protest against the war since it invaded Ukraine in February.

Fifty criminal cases have been brought and hundreds of fines imposed due to alleged false reports and “discrediting” the Russian army, according to media reports.