Tinubu and the Yoruba philosophy of Oloore 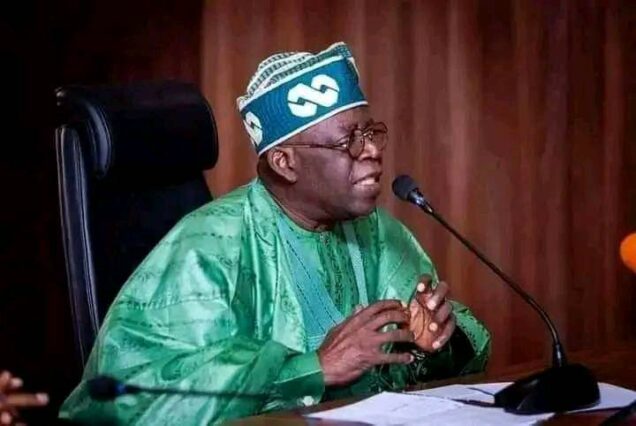 In Yoruba cosmology, Oloore (benefactor) is specially reverenced and honoured. Oloore, in Yoruba culture is never joked with. It is believed in Yoruba culture that we owe eternal debt of gratitude to our Oloore. In fact, ingratitude is a cardinal sin to the Yoruba. When Yoruba people say someone is Alaimoore, they are simply saying the person is sub-human. A person never to be trusted and one who does not deserve a place among decent people.

To underscore this point, Yoruba ethos poignantly sets out the burden of responsibility; obligations and duty of care we owe a benefactor in the time-tested injunction, “a gbodo so okuta si aja oloore”, meaning we must never even throw stone at the dog of our benefactor. If anyone has done you good at any point your life, it is immoral and evil to plot against such a person even if your interests no longer align.

I just hope that it is the desire and prayers of all the people yapping all the crap about Tinubu that those they have used their talents, time, energy and money to raise up in life should be the ones who will come later in life to be their Elenini (relentless pursuers in Ekiti).

This period has been a defining moment for me. I have taken judicial notice of people I can never have anything to do with where honour and loyalty should be the currency. I have seen many dubious and unconscionable attempts to redefine loyalty and gratitude which, for the life of me, debase human dignity.

A lot has been said and written about what he said in Abeokuta yesterday. Some people have been writing out of bile while others out of pure ignorance. Some said it was a meltdown. Maybe there was no better time to say what he said than yesterday which may be his last public outing before the APC convention on Monday, June 6th. I don’t think what he said was an emotional outburst. He was deliberate. He chose his words. He wanted to make a point. And he did a good job of it. Some said he was boastful. Boastful of what, really? The question will be, did he lie?

There would have been no Buhari presidency and APC without his significant contribution. Not even all the silly innuendos being thrown at him will diminish it.

Those saying he should not talk when he is being made the fall guy of everything that is supposedly wrong with the Buhari-led APC government and all insults are hauled at him mostly from those that benefited from his goodness are making unfair demand on him.

Tinubu should not be made to serve only the interest of others. He should not be good only as a workhorse to be used and dumped. He wants to serve his own interest now. The best those he helped can do is to, at least, not stand against him if they can’t support him.