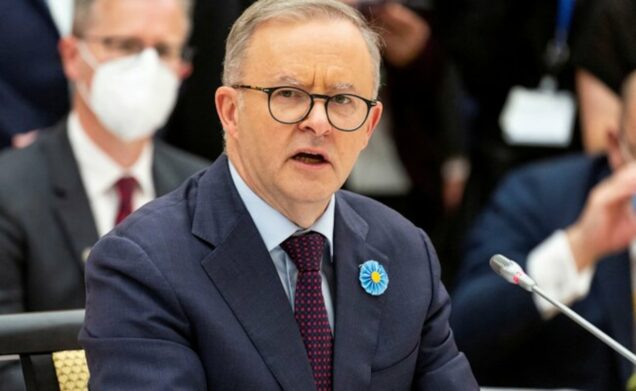 Australia’s new prime minister honoured Queen Elizabeth in Canberra on Saturday amid celebrations for her 70 years on the throne and renewed debate about Australia becoming a republic.

Anthony Albanese, whose centre-left Labor party ended almost a decade of conservative government in a May 21 general election, renamed the capital’s Aspen Island as Queen Elizabeth II Island, describing it as a “fitting salute” to the monarch.

“Today we celebrate her long life and 70 years of service to Australia and the Commonwealth, including no less then 16 visits to our shores,” Albanese said at a ceremony in Canberra.

Earlier this week, Albanese joined more than 50 Commonwealth leaders in praising the queen amid her Platinum Jubilee celebrations but added that Australia’s relationship with the monarchy had matured, fuelling debate about becoming a republic.

Discussion about whether Australia should become a republic was re-ignited on Tuesday when Albanese named the country’s first “assistant minister for the republic” in his ministry.

The debate over whether the nation should become a republic has continued for decades in Australia, which was colonised by the British in 1788 and remains a key Commonwealth member. The queen is Australia’s head of state.

A 1999 national referendum on the issue went in favour of maintaining the status quo, 55% to 45%.

Albanese has previously indicated his support for republicanism, but his government is expected to wait until a second term to advocate for a formal break from the monarchy.