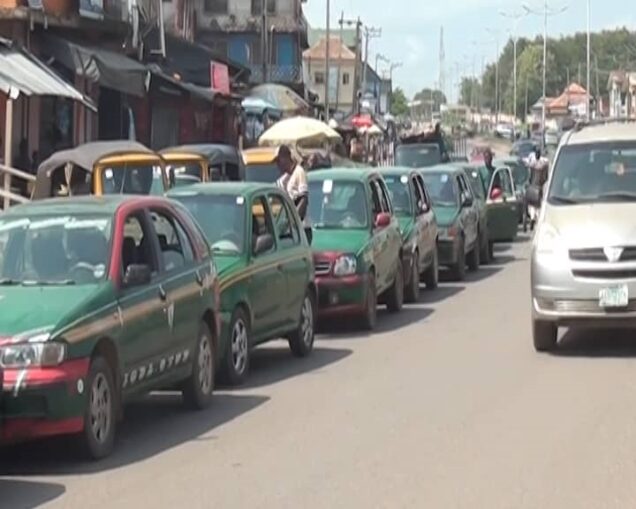 A House of Representatives candidate under the platform of the Peoples Democratic Party(PDP) in Ogun, Toyin Amuzu marked the 2022 June 12 Democracy Day June 12 by doling out free fuel to about 500 motorcycles, commercial vehicles, and tricycle in Abeokuta metropolitan areas.

Amuzu who is to represent Abeokuta South Federal Constituency at the lower chamber of the National Assembly said Nigerians are expected to enjoy a Social security scheme that will allow individuals and households to access free health care and to guarantee income security, particularly in cases of old age, unemployment, sickness, invalidity, work injury, maternity or loss of a breadwinner as citizens of the Country.

Amuzu condemned the spate of killings, kidnapping, hunger, soaring prices of commodities, power outage leading to total blackout, unending ASUU strike and economic downturn in the country among other issues.

He said the ruling All Progressives Congress, APC do not have the capacity to create any solution to the myriad of problems confronting the nation and has lost control of effecting any positive change, saying no good government would continue watching her citizens suffering and being killed or kidnapped.

Amuzu who stressed the need for government to protect its citizens and ensure their well being at various levels, assured that the social security initiative would be one of the major schemes that he will legislate on, when given the opportunity in the 2023 elections to serve Abeokuta South Federal constituency at the lower Chambers of the National Assembly.

He said, “June 12 was quite symbolic in the history of Nigeria’s civil rule thus the need to remember the late symbol of Democracy , Chief Moshood Kashimawo Olawale Abiola, his wife Kudirat Abiola and other matyrs of Democracy who laid down their lives by associating with the people ”.

Amuzu who observed that being a Nigerian should not be a curse, but a blessing, said the people must be put first in everything stressing that electorates must also vote in credible and responsible people to lead them if they must enjoy such.

He also advised Nigerians to shun sentiments and know those who are their friends, as well as leaders who are genuinely committed to the betterment of the people and have good intentions for the communities.

According to him, “the free fuel programme was the 5th in the series of giving out to the people and we would continue to do such programmes that would make things easy for our people”.

Taxi cabs drivers and try-cycle riders interviewed, expressed appreciation for the initiative, noting that Amuzu’s selflessness was unique and has shown that he has good intentions for the people.

A female tricycle rider Mrs Olanrewaju Oluwaseun said the gesture was a good economic support to ease sufferings of the people.

A taxi cab driver, Mr Sanyaolu Ibrahim who disclosed that he had enjoyed similar gestures from Amuzu said his selfless act was well noted as the donor at present is not holding any political position, but has made it a point of duty to touch the people once in a while.

Another PDP candidate who is to represent Ogun Central,Chief Olumide Aderinokun also doled out fuel to over a thousand motorcycles in Ogun central.

Chief Olumide, while speaking after the exercise hintED that he is not doing what he is doing because he wants to be a senator rather he believes in giving to the needy at the grassroot level.

He said looking at the situation of the country, the best thing and ways to have peace of mind to help the needy grow.