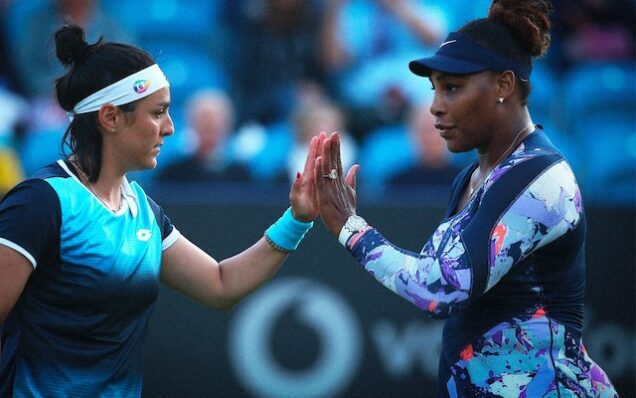 Serena Williams’ doubles campaign at Eastbourne International has ended due to an injury to her partner Ons Jabeur, organisers said on Thursday.

Williams and Jabeur won their first two matches in the tournament and were scheduled to play in the semi-finals against Aleksandra Krunic of Serbia and Poland’s Magda Linette.

The WTA 500 tournament was the first competitive event for Williams — though she picked only doubles — since the 23-times major champion limped out of her first-round match at last year’s Wimbledon in tears due to a leg injury.

The 40-year-old, who has won seven Wimbledon singles titles, has taken a singles wildcard for the grasscourt major — the main draw of which starts on Monday.