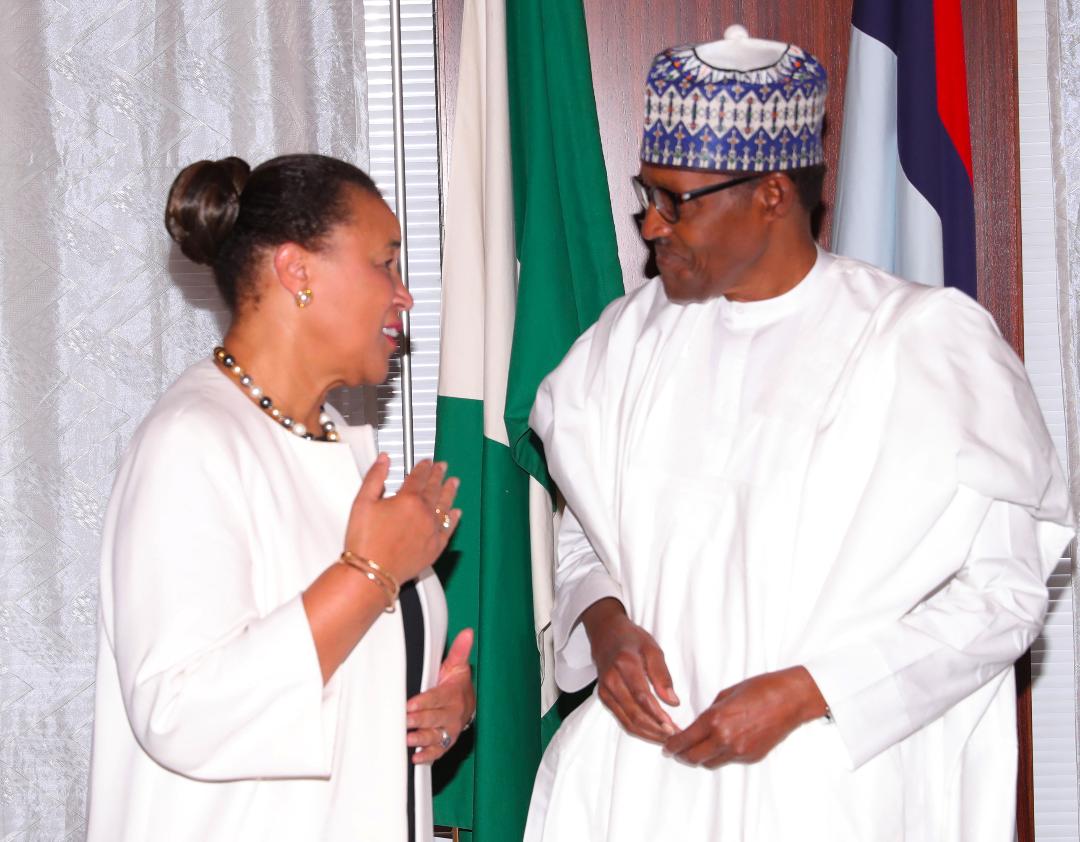 President Muhammadu Buhari has congratulated Baroness Patricia Scotland, on her reappointment as Secretary-General of the Commonwealth.

She was reappointed on Friday by leaders of the Commonwealth by consensus in Kigali, Rwanda.

In a congratulatory message by his spokesman, Mr Femi Adesina, the Nigerian leader commended the purposeful leadership of the Dominican-born barrister and diplomat in the last six years.

He lauded her for championing the values of the association in the areas of youth, women and childcare, and trade, among others.

The president expressed delight that under her tenure the organisation is alive to its responsibilities in promoting shared commonwealth values and aspirations.

According to him, such aspirations are aimed at supporting collective interventions in health, climate change, environment, sustainable energy, ocean protection and blue economies.

He wished the Secretary-General a very successful term in office, thanking her for being very supportive of Nigeria during her term in office.

”My firm belief is that the Commonwealth will survive and thrive for as long as the principles of justice and equity remain the cornerstone of our political, economic and social contract,” he added.