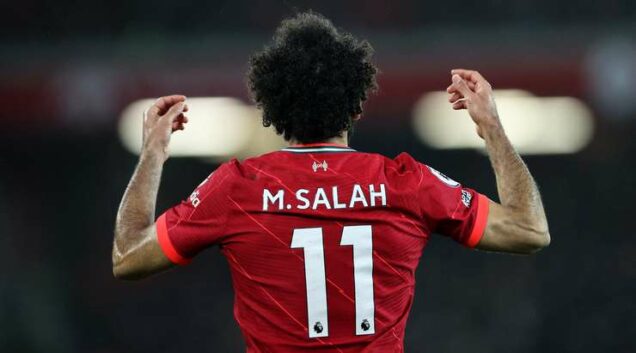 Liverpool are prepared to let Mohamad Salah leave Anfield this summer in a shock move.

The Egyptian forward, 30, could follow Sadio Mane out the exit door if the Reds receive a suitable offer.

According to The Sun, if one of Salah’s suitors stump up £60million his five-year stay on Merseyside could come to an end.

Liverpool sold Mane to Bayern Munich for £35m earlier this week to avoid losing him on a free next year when his contract ends.

And the same situation could develop with Salah, who has 12 months left on his current deal and is yet to sign a new one.

He has been locked in talks with the Reds for much of the past year over his demands for £400,000 per-week wages.

The report says Virgil van Dijk is the club’s top earner on £240k per week, with Salah earning slightly less.

But Liverpool do not want to alter their wage structure drastically and following the signings of Luis Diaz in January and Darwin Nunez earlier this month are in a stronger position than before.

Real Madrid have long been linked with a move for the Egyptian and Carlo Ancelotti remains a huge fan of Salah.