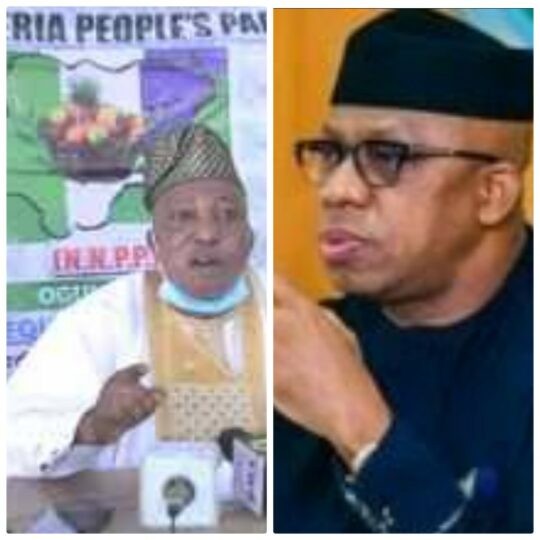 The New Nigeria People’s Party in Ogun State has slammed the state governor, Dapo Abiodun for his failure to meet the demands of workers in the state.

Workers in the state had on Tuesday embarked on an indefinite strike as the dialogue between them and the state government over unpaid deduction met a dead end.

Reacting, the NNPP Chairman in the state, Comrade Olaposi Oginni in a statement said the strike confirms “the fact that Gov. Dapo Abiodun is incompetent to preside over the affairs of Gateway State.”

Oginni noted that the strike has attested to the fact that the Abiodun-led government should be “send packing in the forthcoming general election”.

He however urged the Governor to heed the Workers’ demand without further delay.

In his words, “Ogun State cannot afford to go on prolonged industrial strike. Our Schools and Hospitals are shut down by industrial action. This strike must be halted by Gov. Abiodun before much damage is done to the future of our children and citizens’ health!.

“The New Nigeria Peoples Party (NNPP) is nevertheless happy that this industrial action is happening at this crucial time of electioneering because it will help the great Workers of Ogun State to take right decisions of voting right with total rejection of APC and Prince Dapo Abiodun at the coming General Election.”