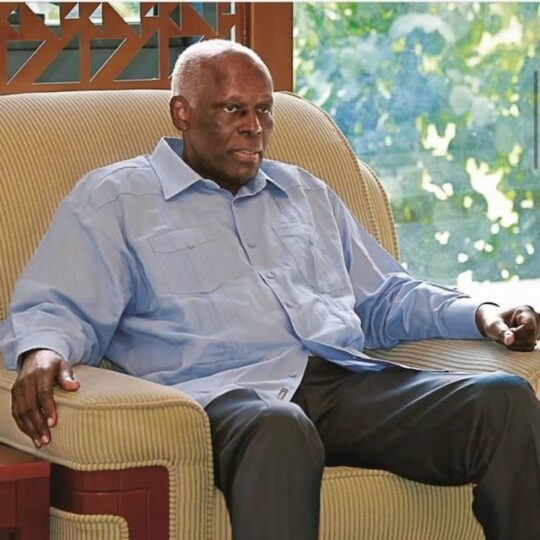 The former president died at 11:10 am Spanish time at the Barcelona Teknon clinic following a prolonged illness, the presidency said.

In a statement on its Facebook page, the government announced the obituary thus:

“The Executive of the Republic of Angola brings to the knowledge of national and international public opinion, with a feeling of great pain and dismay, the death of His Excellency the former President of the Republic, Engineer José Eduardo dos Santos, today at 11:10, Spanish time certified by the medical report of clinic in Barcelona after prolonged illness.

“The Executive of the Republic of Angola bows, with the greatest respect and consideration, to the figure of a Statesman of great historical dimension, who ruled for many years with clarity and humanism the destinies of the Angolan Nation, at moments very difficult.

“The Executive of the Republic of Angola extends to the bereaved family its deepest condolences and appeals for everyone’s serenity in this time of pain and dismay.”

Dos Santos had been receiving medical treatment since 2019.

Portuguese news agency Lusa reported last month that the former president was admitted to an intensive care unit at a clinic in Barcelona.

One of Africa’s longest serving leaders, dos Santos stepped down five years ago. His rule was marked by a brutal civil war lasting nearly three decades against U.S.-backed UNITA rebels – which he won in 2002 – and a subsequent oil-fuelled boom.

He was replaced in 2017 by President Joao Lourenco, who despite being from the incumbent’s People’s Movement for the Liberation of Angola (MPLA), swiftly moved to probe allegations of multi-billion dollar corruption during the dos Santos era, targeting the former leader’s children.