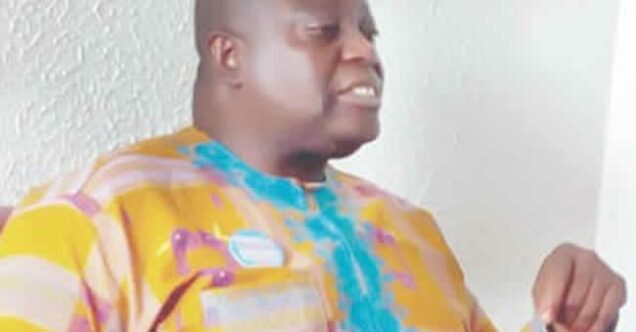 The Medical and Health Workers Union of Nigeria (MHWUN), said its members will go on a solidarity strike in support of the Academic Staff Union of Universities (ASUU) and other unions.

Mr Biobelemoye Josiah, MHWUN National President, issued the threat in a statement he jointly signed with Mr Auwalu Kiyawa, Acting Secretary General of the union, on Sunday in Abuja.

The statement was entitled “MHWUN stands in solidarity with the university based unions in the ongoing struggle to emancipate and reposition the public tertiary Institutions in Nigeria for progressive development’’.

ASUU, and other unions in public universities, polytechnics and colleges of education, have been on industrial action for more than six months over alleged failure of the Federal Government to meet their demands.

The unions are demanding funding of the revitalisation fund, earned allowances, implementation of the University Transparency Accountability Solution (UTAS) scheme, as well as promotion arrears.

Other demands are; the renegotiation of 2009 ASUU-FG Agreement, and the resolution of inconsistency in the Integrated Personnel Payroll Information System (IPPIS), among others.

“In order to protect the future of our youths whose academic life is being disrupted, we call on the government to implement without further delay all the agreements it had entered with the unions.

“We urge the relevant Ministries, Departments and Agencies (MDAs), to ensure that President Muhammadu Buhari’s earlier directive to resolve all outstanding issues with the unions is backed by immediate acceptable action that would end the stalemate.

“MHWUN wishes to use this medium to unequivocally state that we firmly stand behind the university based unions and the clear position of Nigeria Labour Congress (NLC), leadership in this historic struggle.

“Our state councils have been put on red alert, and we will not hesitate to declare a solidarity strike in support of the unions if government fails to resolve the issues within a reasonable time, ’’he said.

According to MHWUN, no responsible government will close down its public tertiary institutions over patriotic demands for a better funding of its universities and good welfare for its teaching and non-teaching staff.

He described it as shameful, saying that the union was particularly irked that the Federal Government and the political actors had abandoned the children of the masses at home to waste away.

“Instead, they are seen dissipating energy and resources that could have been used to resolve the issue to fund political tussles.

“We are more worried with the development because the academic future of the citizenry is being disrupted.

‘`Whereas the politicians and top government officials have their children mostly in well funded and equipped overseas schools or in relatively expensive private schools in Nigeria.

“Discerning minds will agree with us that the negative impact of the strike to the future of our children and Nigeria in general cannot be quantified, ’’he said.

Josiah called on people of goodwill to stand up in defence of the right and future of children and Nigeria, by demanding that the government did the right thing to bring the children back to the classroom.

Similarly, the union also categorically condemned in the strongest terms the spate of insecurity in the country.

“Nigerian workers are no longer safe, both in their homes and at work places, as many have lost their lives to these enemies of state.

“We therefore, demand for a resolute action from government to end this degrading assault on the sovereignty of our nation,’’ the president said.

Also speaking on the current economic crisis, Josiah condemned the current scarcity of diesel, cooking gas, petrol and aviation fuel, and the rising prices of goods and services all over the country.

He said that this pathetic development had further exposed workers, whose salaries and income has already been eroded by inflation, to greater hardships.

“The situation reinforces the earlier call by the organised labour for a resolute action on domestic refining of petroleum,’’ he said.

MHWUN, however, reiterated the union’s call for its members to ensure they registered and obtained their Permanent Voter’s Card.