Folu Adeboye at 74: We once struggled over “ponmo”- husband 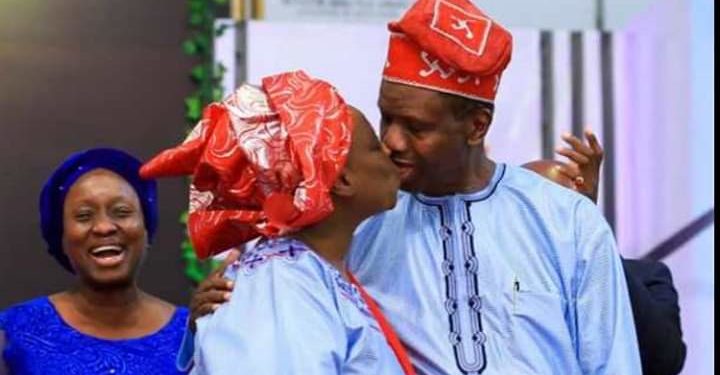 Pastor Folu Adeboye, wife of the General Overseer of the Redeemed Christian Church of God is 74 today. She was born as Foluke Adenike Adeyokunnu on Tuesday 13 July 1948 to Jacob Adelusi Adeyokunnu, a prince of the royal family of Owa Obokun Oji in Ijeshaland, Osun State.

Her husband, Adejare Adeboye narrated their early struggles in life when he delivered a message, entitled, ‘Activating Your Destiny’ at the Throne of Grace parish and National Headquarters of RCCG, Ebutte Meta, Lagos in September 2017 during their 50th wedding anniversary.

In his words: “Marry for love. It’ll endure. I’ve been married for 50 years and still on honeymoon. I was the poorest among those lurking around the girl I married.

“One was a lawyer who had a car; I had nothing. But I told the girl that if you marry me, whatever I am, wherever I ever become will be yours.”

Adeboye graduated from the university in June and got married in September of 1967. He revealed further: “I was not a Christian, but I was an incurable optimist. We struggled over ‘pomo’ as I usually hear me say, but today if we want to eat a cow now, God will provide. After our wedding on September 8, 1967, we faced challenges. The baby came in 1968. It was tough. We were happy because we were in love.

I had no car, no house, a married into a rented room and a parlour. We have stories to tell. If you marry for love, the reason it will last is because God is love.”

As contained on her website, faadeboye.com, Foluke’s father was a teacher and a catechist. He made sure that all his children were raised as staunch Methodists. He was reported to be a strict disciplinarian. She is the eldest of a family of ten children.
Pastor Foluke Adenike Adeboye, blessed with rare gifts of administration, planning, hospitality, counselling, mentoring, ministering comfort, care, and encouragement to many, bringing hope, love and succour to the hopeless. Endowed with immense initiative, and a great capacity for hard work. A missionary and minister of the gospel of Jesus Christ. A powerful intercessor, Bible Teacher & role model for lots of women. A pioneer of multiple projects, ministries and missions to the glory of God.

With a passion for planting Christian schools, he has made immense contributions to the Nigerian Education sector, coordinating work in the field of Christian Education, by starting a vigorous movement (Christ the Redeemer’s Schools Movement) that has led to the founding of several Christian Educational institutions caring for the educational welfare of children in Nigeria and Internationally.

A dutiful wife, a devoted mother and grandmother, a tireless evangelist, and a hospitable and seasoned teacher with a passion for excellence at all levels of education.