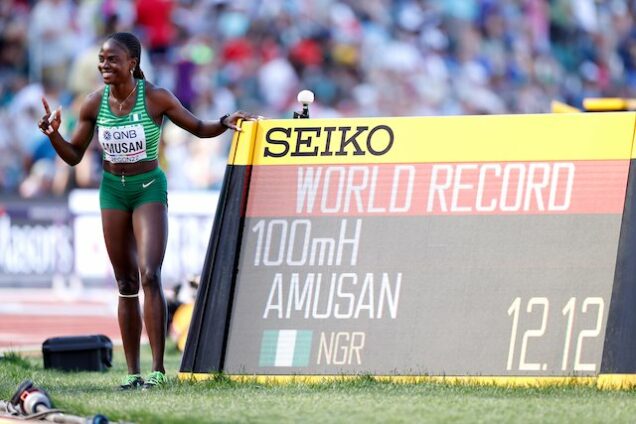 Alli said this in an interview with the News Agency of Nigeria (NAN) on Monday while congratulating Nigeria’s huddle queen, Tobi Amusan, who broke the World record at the World Athletics Championships in Eugene, Oregon, U.S.

Amusan dusted former world record holder, Keni Harrison of the U.S., with the previous record of 12:20 which was set in 2016.

An elated Alli while commending the sprinter. however, told NAN that such victory was a pointer that Nigeria as a country was blessed with abundant talents.

“To me, the victory of Amusan is fantastic and should be well celebrated.

“We should also give credit to Solomon Ogba because he is the one that brought the programs that brought Amusan, Ese Brume and others to the limelight.

“It was his programme and he did a fantastic job and we all know about it. It is not a mean feat to break a world record.

“The world record is an enjoyable moment because it is not just a win but a record,” he said.

Alli added that Nigeria is blessed with many talents yet to be discovered.

“The victory in the U.S. means that we as a country are so much blessed with talents.

“This also means we have a lot of talents that abound in the country waiting to be announced as well.

“We have lots of them that can break world records like Chioma Ajunwa and others, Nigeria is blessed indeed,” he said.