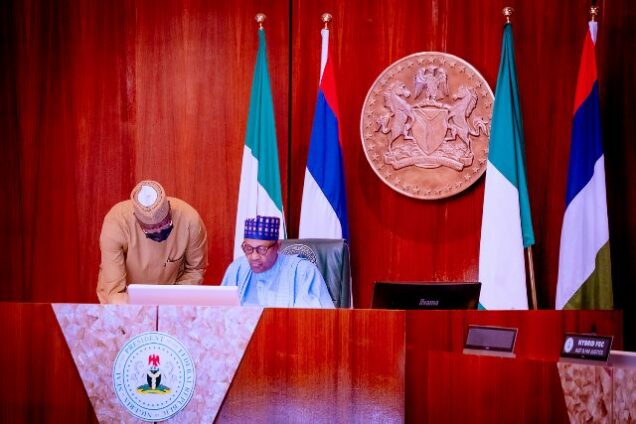 File Photo: Buhari with Boss Mustapha at a meeting

The president, who just returned from Monrovia, Liberia, to participate at the 175th Independence Anniversary of Liberia in Monrovia on 26th July 2022, presided over the FEC meeting at the State House, Abuja.

Vice President Yemi Osinbajo was not at the meeting because he is still recuperating from a surgery he did on his leg recently.

Some of those at the meeting were the Secretary to the Government of the Federation, Boss Mustapha; Minister of Works and Housing, Babatunde Fashola; Minister of Information and Culture, Lai Mohammed, among others.