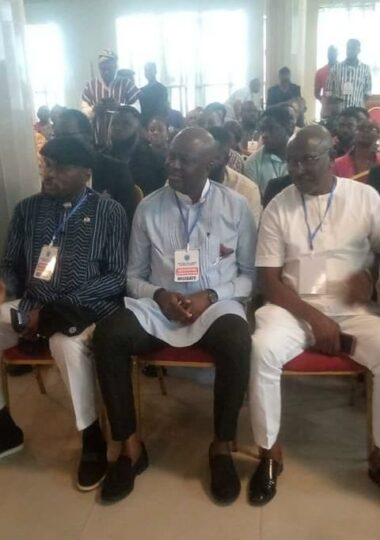 Dr. Dawari George, a former chieftain of All Progressives Congress, APC has emerged the Rivers governorship candidate of Action Alliance, AA, for the 2023 election.

George, an ally of Rotimi Amaechi, former Minister of Transportation, but dumped APC about three weeks ago.

He emerged the governorship candidate of AA with 93 votes at the substitution of the party held in Port-Harcourt today.

Our correspondent reports that the primary election was held under the supervision of officials of Independent National Electoral Commission, INEC, Police, Department of State Services, DSS and observers.

In his acceptance speech, George said, “I come to the race with Character, Competence and Commitment to work for the rapid and wholesome development of our dear State, where everyone can aspire to achieve their dreams in a serene environment, with the support of a responsive and responsible government.

George who holds a doctorate degree in Political Science was a Commissioner for Energy and Natural Resources and a federal lawmaker maker representing Asari-Toru/Akuku-Toru federal Constituency during Amaechi’s tenure as governor of Rivers State.

He was also one of the contenders for the 2023 Rivers governorship ticket of APC.