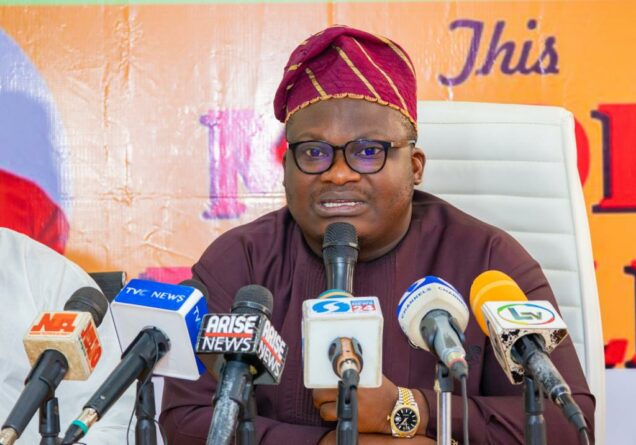 The Lagos Waste Management Agency (LAWMA) has announced that it would increase the price of waste bill by 50 percent beginning from 1 October, 2022.

Managing Director/CEO, LAWMA, Ibrahim Odumboni, disclosed this on Wednesday at a news conference in Lagos.

Odumboni noted that the Authority, through the support of the state government, had completed the rehabilitation of landfills in the state, to shorten turn-around time, for refuse evacuation and disposal, by waste collection trucks across the state.

“I can confirm to you that through the support of the state government, we have rehabilitated landfills in the state, to facilitate seamless waste evacuation and disposal. PSP trucks can now dump their wastes at the landfills without any hindrance. The impact of this development will be felt in the metropolis within five to seven days,” he said.

The LAWMA boss said the Authority was working with PSP operators to resolve some of the issues affecting their operation, especially the price of diesel, which rose by over 100% within the current year, adding that most of their operational vehicles run on diesel.

“Through the support of Governor Babajide Sanwo-Olu, we will be having additional subsidy for PSP operators in areas where we have such challenges,” he stated.

He said the Authority would work with Community Development Associations (CDAs) and Community Development Committees (CDCs), as well as PSP operators, to review waste management charges in the state, in line with the present economic reality, adding that there would be wide consultation before the new tariff regime.

“The current economic reality in the country has made it necessary for price increase in waste management charges. To this effect, we will be increasing waste bills by 50%. We will also work with CDAs/CDCs and the PSPs, to review the charges and ensure proper implementation of the new tariff,” he said.

Odumboni also said that the agency was working on the creation of Transfer Loading Stations (TLS), in all the local government areas of the state, for fast and smooth evacuation of waste around the metropolis.

He also said that innovative strategies had been put in place to rejig the operational capability of the agency, for maximum efficiency.

Odumboni noted that the event provided a platform for the agency to inform the public on efforts at tackling the daunting waste challenge in Lagos.

He highlighted the various gains made in the area of establishing environmental sustainability and clearing backlogs of waste generated in the metropolis, adding that the Authority was working assiduously to resolve prevalent challenges, through on-going day and night operations.

He appealed to residents to procure bins to containerise their waste, noting that owning a bin would go a long way in tackling the problem of indiscriminate waste disposal, adding that it is mandatory for all tenements in the state to have a container for storage of their waste.

“Majority of households don’t have a bin, we continue to appeal to residents to procure waste bins to containerise their waste, for temporary storage, before evacuation by assigned PSP operators. It’s important for us all to have a bin of some sort. Let us teach our kids how better to behave. It’s mandatory for you as a household to have a bin. From the 1st of October, if you don’t have a bin, you can be prosecuted”, he stated.

He reiterated the ban on cart pushing, adding that the surge in waste dumping on roads and other unauthorised locations, resulted from people’s patronage of cart pushers, who dump waste indiscriminately in the metropolis, adding that the agency would integrate willing cart pushers into the state’s waste management system.

The LAWMA helmsman hinted of imminent establishment of a “bottle-to-bottle” recycling centre, in partnership with a private company who would source their raw materials from the plastic waste generated across the metropolis, emphasising that Lagos would soon become the hub of recycling in West Africa.

He further said that the agency planned to set up 30 recycling centres across the state, by the end of the year, to boost the Lagos recycling initiative, which apart from its economic benefits, would mitigate the challenge of plastic pollution.