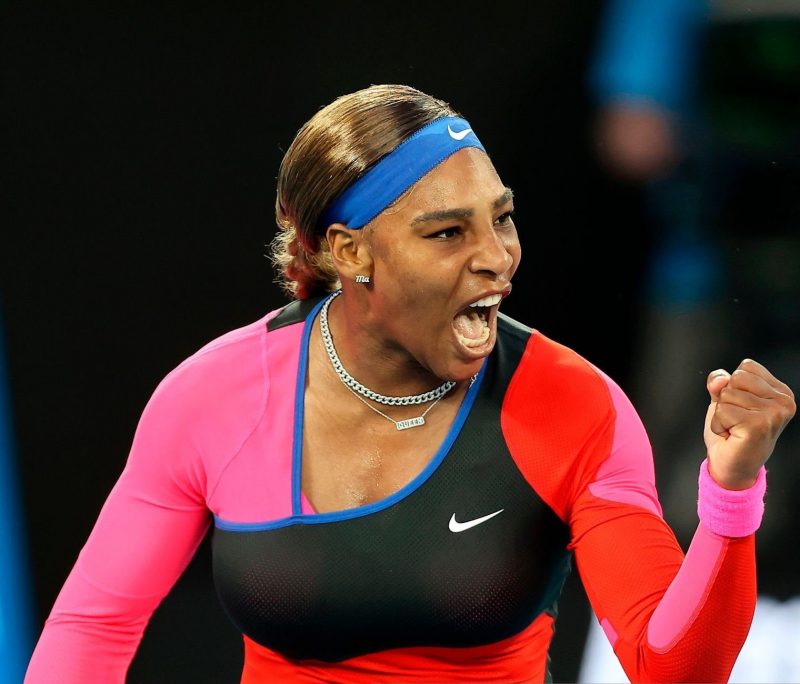 When I heard that Serena William was hanging her racket, I could not help thinking what an even glorious future await her.

For most people, the thought of Serena is about tennis. And it is a well-deserved image. She is the Queen of Tennis. At the risk of saying the obvious, Serena Williams is the greatest female tennis player of all time. She has 855 career wins. She has 73 Singles Titles. Not only that, but she has 23 Doubles Titles, and she has won a total of 23 Grand Slam Singles Titles — more than anyone else in the history of tennis bar one, male or female.

This woman took a break from professional tennis after becoming pregnant and has reached four major finals since returning to play. My last sentence is an understatement of her experience. After giving birth, she experienced a pulmonary embolism, which rendered her bedridden for six weeks and delayed her return to training. Not long after, she revealed she was suffering from post-partum depression. As she returned to the court, she was faced with severe media scrutiny, with many second-guessing her ability to come back after being a mother. Still, she reached four major finals. Tremendous.

So great was her ability that former French Open Champion, Sue Barker, said, “Serena is the greatest because this era is so much more competitive than previous eras. The pace she generates – her serve is without question the greatest ever – combined with her movement and her power, she pushes her opponents constantly on the back foot.” In 2018, Tennis legend, Roger Federer said the player who probably had the best case for tennis “Greatest Of All Time”, man or woman, was Serena Williams.

Serena Williams is the GOAT (Greatest of All Time).

Her early life was documented in the film “King Richard,” which follows her father’s journey coaching his daughters in Compton, California. You should see the film.

And while she will continue to be honoured as a sporting legend, a new horizon opens up for her. In her retirement speech, Serena said she’s “evolving away from tennis” to other things she’s interested in, like growing her burgeoning business empire.

A ‘burgeoning business empire’ is right. Unlike many other Black athletes, Serena has managed to develop business acumen alongside her skills on the court. Serena won over $90 million in career prizes while she competed. The number is the highest in women’s tennis history. She would even rank fourth on the list of men’s all-time career prize money, behind Novak Djokovic, Rafael Nadal, and Roger Federer. It is more than twice as much as her sister Venus Williams, who is ranked second among women overall.

But that amount is small compared to what Serena earned off it. Serena has made an astounding $350 million off the court from a long list of sponsors. The combined $450 million in career earnings (prize money plus off-court earnings) makes her the highest-paid female athlete in history. That’s 40% more than Maria Sharapova, the second woman on the list, who has career earnings of $325 million.

And she is just getting started.

In 2014, she started Serena Ventures, a venture capital firm with a focus on founders from historically underrepresented groups. About 78% of companies in the firm’s portfolio were started by women or people of colour. At the moment,16 companies are valued at least $1 billion, what is called unicorn status. Before then, in 2009, she acquired equity in the Miami Dolphins, a professional American football team, when they were valued at less than $1 billion. They are worth more than $4 billion today. She is also invested in the UFC, the global multi-billion-dollar sports enterprise.

With the success of the startups she has invested in, Serena Ventures (SV) recently raised an inaugural $111 million fund. The money came from banks, private individuals, and family offices, and the goal is to “invest in founders with diverse points of view.” And that’s exactly what Serena is doing.

Here are the founder profile statistics of what SV is invested in:

Nigerian startups are in the midst of this. She has invested in Andela. As recently as March, she invested in another startup, Nestcoin – a crypto company owned by a 31-year-old Nigerian.

While she is passionate about technology – according to her, “Every morning, I’m so excited to walk downstairs to my office and jump onto Zooms and start reviewing decks of companies we’re considering investing in” – she is also involved in other businesses such as films. She was the executive producer on King Richard that I wrote about earlier. She has an independent clothing line named S by Serena. Likewise, she signed a TV deal with Amazon Studios last year that includes a docuseries about her life and career, and she sits on the board of directors for several companies.

If I were a betting man, I would wager that Serena would become the first female billionaire in sports history.

It’s not only because of what she has achieved. It’s also because of her attitude going forward:

“I always say that I’m a sponge: At night I go to bed, and I squeeze myself out so that the next day I can take up as much new information as I can.”

With tons of stories of how Black athletes have squandered their wealth, Serena is a breath of fresh air and a role model to girls and young Blacks everywhere.