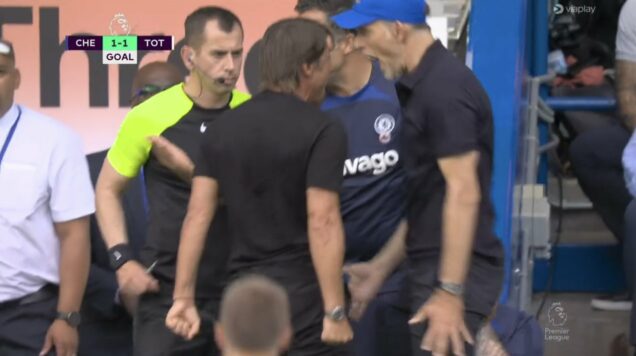 In the wake of Tottenham’s last-gasp 2-2 draw against Chelsea on Sunday, Spurs boss Antonio Conte poked fun at the situation after both he and Thomas Tuchel were shown red cards.

The game featured a number of twists and turns, with Chelsea feeling they had won the game when Reece James put them 2-1 ahead in the 77th minute, only for Tottenham to snatch a point deep into stoppage time through a Harry Kane equalizer.

After the final whistle sounded and the managers came together to shake hands, Tuchel refused to let go, indicating he did not appreciate Conte’s lack of eye contact, sparking an exchange where the pair had to be separated, and both were shown red cards.

When queried about the altercation after the game, Tuchel insisted that “it’s between two competitors and nothing bad happened” and implied things were being blown out of proportion.

Conte said he believes the video of the situation exonerates him from any blame and even implied the next time these sides meet there may not be a handshake, saying “next time we will pay more attention and don’t shake the hands and we solve the problem… he stays in his bench, I stay in my bench, with my staff on one side and no problem about this.”

He added: “For sure I am not passive. If I see aggressivity, then my answer is with aggressivity, but I repeat this is not a problem.”

In the hours after the match, Conte took to Instagram to post a story of Tuchel running down the sideline while celebrating James’ go-ahead goal to make light of the situation, captioning it: “Lucky I didn’t see you… making you trip over would have been well deserved” followed by three laughing smiley faces, indicating it is meant with a tongue-in-cheek tone. 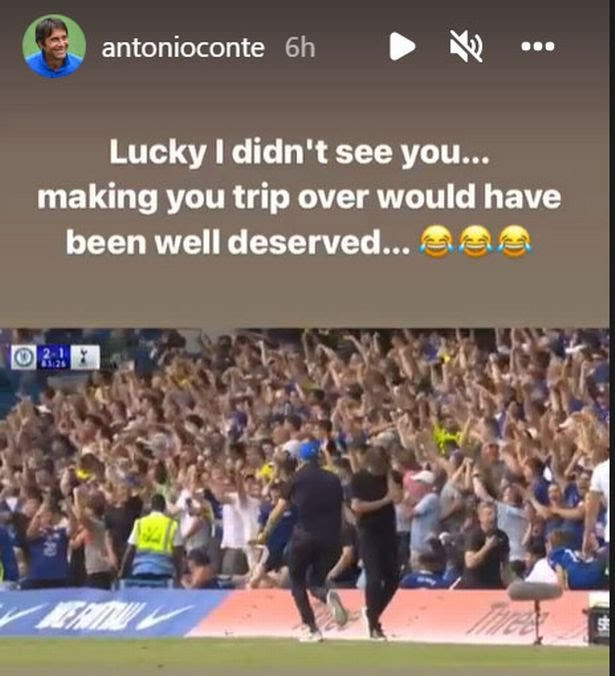 Chelsea will make the trip to Tottenham Hotspur Stadium for the return fixture on February 25.