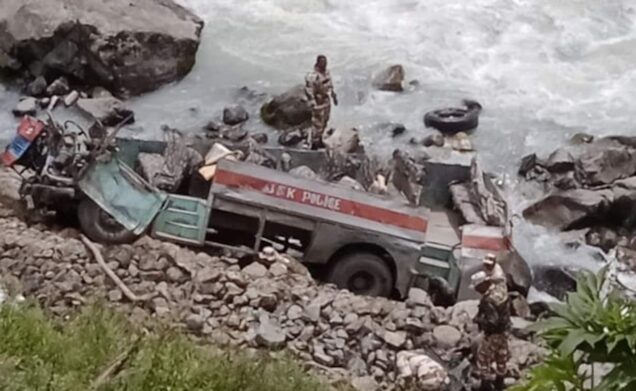 At least six Indian security personnel died and 33 others were injured on Tuesday when the bus they were travelling in fell into a river.

The incident occurred in the Pahalgam area of Indian-controlled Kashmir.

The ill-fated bus was bringing back the security personnel deployed to ensure security along the route of the ‘Amarnath pilgrimage or Amarnath Yatra.’

It is dedicated to Hindu Deity Lord Shiva, which ended earlier this month.

The mishap took place after the brakes of the bus failed, said media reports.

The injured were rescued and airlifted to a hospital in Srinagar, the summer capital of Indian-controlled Kashmir.