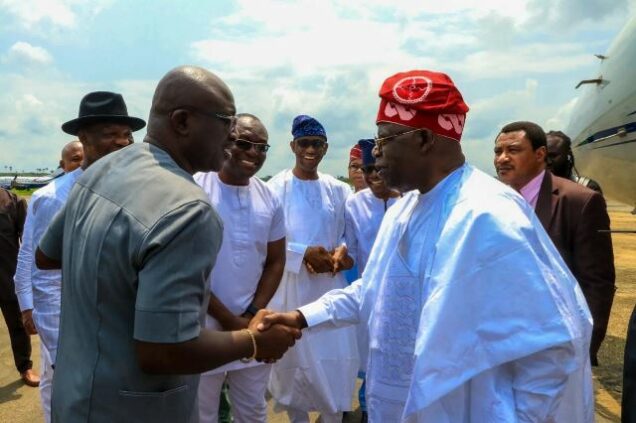 Tinubu arrived Delta for the burial

Delta State was agog at the weekend as dignitaries from all walks of life stormed the state for the burial of late Princess Margaret Obaigbena, mother of Nduka Obaigbena, Publisher of THISDAY and Arise Television.

The funeral service was held on Saturday at the St Andrews Anglican Church Owa-Oyibu, the headquarters of Ika North East Local Government Area of Delta State.