Many trapped as three-storey building collapses in Kano 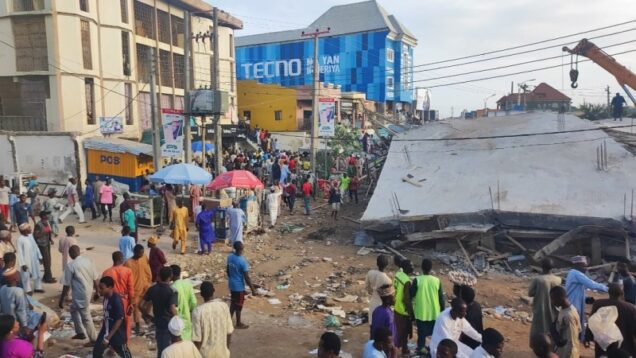 Many people have been trapped as a three-storey building collapsed on Beirut road area of Kano, Northwest Nigeria.

Several people are believed to be buried in the rubbles as rescue operations kicked off.

It was gathered that the collapsed building was under construction when it caved in on Tuesday.

According to a witness, some of the persons inside the building when it caved in could not be rescued because there was no available equipment.

Shortly afterwards, two more people were rescued from the building bringing the number of rescued victims to three. They were all rushed to a hospital, according to Daily Trust.

One of the volunteers, who participated in the rescue operation, said many people including women and children are still in the building.