How Adeboye got over 120 cars in one day - Pastor Komaiya 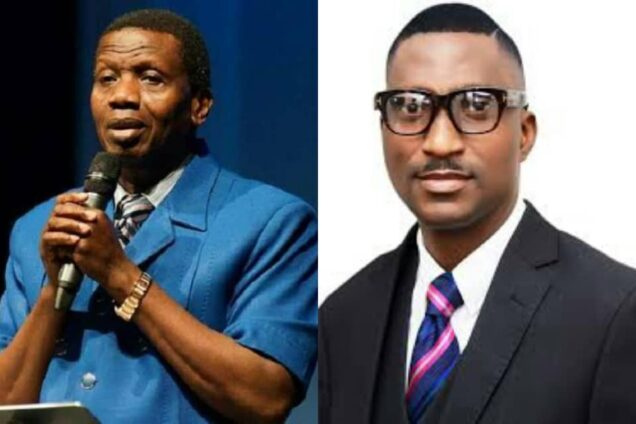 Pastor Korede Komaiya, Senior Pastor, The Master’s Place International Church, popularly called Pastor KK has revealed how the General Overseer, Redeemed Christian Church of God (RCCG), Pastor Enoch Adeboye got over 120 cars as gifts in one day.
The flamboyant pastor, who acquired a private jet in 2021, also disclosed that he has given a car each year to Adeboye for 10 years.
Komaiya spoke on Sunday during a sermon, titled: “The Father’s Blessings” at  of the Church in Warri, Delta State.
He marveled at the audacity of some bloggers abusing Adeboye anyhow, saying they have lost their spiritual senses.
“Let me warn you, in this generation of bloggers, where people have lost spiritual sense and value that they think they can just be talking, so it’s Pastor Adeboye that has now become your toothpick, Pastor E. A. Adeboye of the Redeemed Christian Church of God, a legend among men, is the one you’re now abusing just because you have an Infinix phone of N28,000.
“And you know because of internet now, anybody can just take phone and stand somewhere and record and because people are cursed, they love rumours,” he said.
Komaiya added: “For 10 years, I was giving Pastor Adeboye a car per year, I have roots here and there, for 10 solid years, the year I don’t give him, I’ll give him equivalent in money.
“The last time I went to Redemption camp to drop a car for Pastor Adeboye; as I dropped the car for Pastor Adeboye, I was no 120 plus that day to drop the car. Not one of us knew we were coming, and not one of us knew we were going to be there that day.
“Everybody, the one that drove down from Maiduguri, I drove down from Warri, I was number 120, we lined on queue, they were taking it one by one to his compound to park. God said, “this is your father’s father, this is the grace I want you to carry”.
“I took Keke NAPEP from the front of Pastor Adeboye’s house to the gate of Redemption camp and from the gate of Redemption camp, I took another taxi and I was on my way back to Warri and then 2 weeks later, Pastor Adeboye wrote me a personal letter.”
According to him, he was going to Botswana, and that he was dropped at the airport with a BMW 5 series, American model, before he entered the plane.
“As I entered the plane to Botswana, I said they should drive that car to Pastor Adeboye in Redemption camp. In Botswana, Pastor Adeboye said, “my son, next time, you’ll do better” and it began to invoke blessings on me.
Tags:   Pastor Enoch Adeboye   Pastor Korede Komaiya