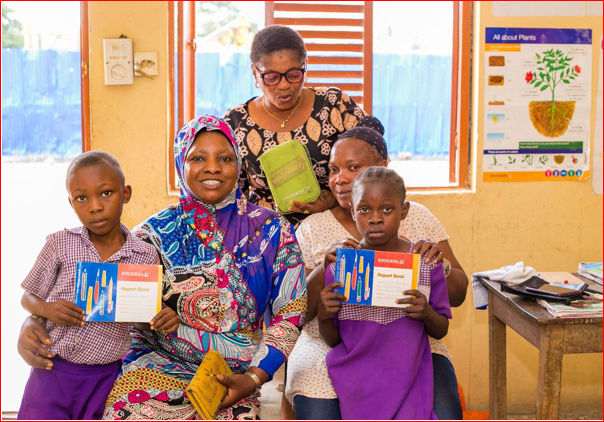 Lagos pupils and their parents and teacher

It also pledged to intensify efforts to reduce the over two million out-of-school children in the state.

Executive Chairman of LASUBEB, Wahab Alawiye-King said that having achieved remarkable successes since its inauguration in 2019, EKOEXCEL was poised to do more in line with the theme of the 2022 celebration, ‘Transforming Literacy Learning Spaces: Exploring Opportunities and Possibilities’.

Alawiye-King, who noted that literacy enriches an individual’s life and creates opportunities to develop skills to provide for oneself, said this was why Governor Babajide Sanwo-Olu’s administration had committed significant resources to its development.

“Governor Sanwo-Olu is a firm believer in the enriching power of education. He knows it is what the 21st century Lagos needs in its development quest, hence the dedication to its improvement. This is why he inaugurated our transformational intervention, EKOEXCEL and has continued to back us to equip children who are our future.

“He knows that quality education for our children is crucial to making Lagos a 21st-century economy and that we must cast our nets far and wide to catch those not in school yet. That way, they don’t become a problem for society. This informs our Project Zero for out-of-school children, among other initiatives,” he said.

“Three pupils from the state excelled in the last National Common Entrance Examination (NCEE). While the overall best student in the NCEE conducted by the National Examinations Council (NECO) scored 201 out of 210, three pupils of Lagos public primary schools were just five points behind.

“Apart from the trio, other EKOEXCEL pupils also had good scores. Of 53 pupils tracked and ascertained to have registered for the NCEE, 32 had excellent grades.

“Similarly, The EKOEXCEL 2020-2021 Endline Fluency and Numeracy Evaluation showed that EKOEXCEL pupils are making remarkable progress in oral reading fluency and foundational numeracy compared to their performance before the initiative’s commencement.