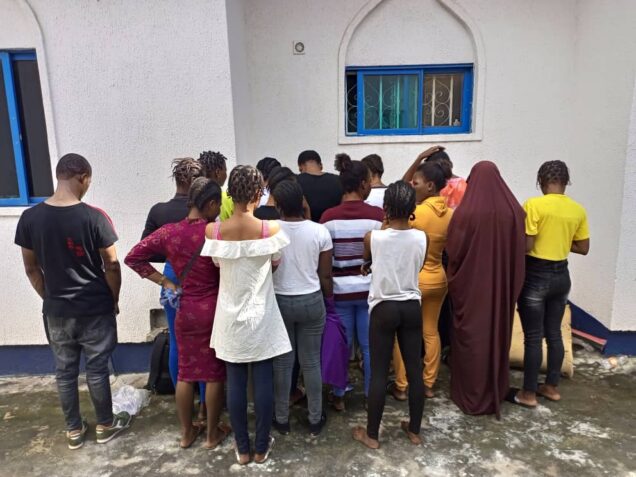 19 Nigerian victims of human trafficking intercepted by the National Agency for the Prohibition of Trafficking In Persons (NAPTIP) in Kano.

The National Agency for the Prohibition of Trafficking In Persons (NAPTIP) has intercepted 19 Nigerians being trafficked to Libya for commercial sex and sexual exploitation in Kano.

Babale added that the survivors were rescued in the state between Sept. 13 and 18, by the Joint Border Task Force, adding that the suspected trafficker was also arrested during the joint operation.

The zonal commander also disclosed that 18 of the survivors were females while one was a male.

According to Babale, the suspect is an indigene of Kano and was taking the victims to Libya, for commercial sex and labour exploitation, while the survivors were between the ages of 18 to 32 years.