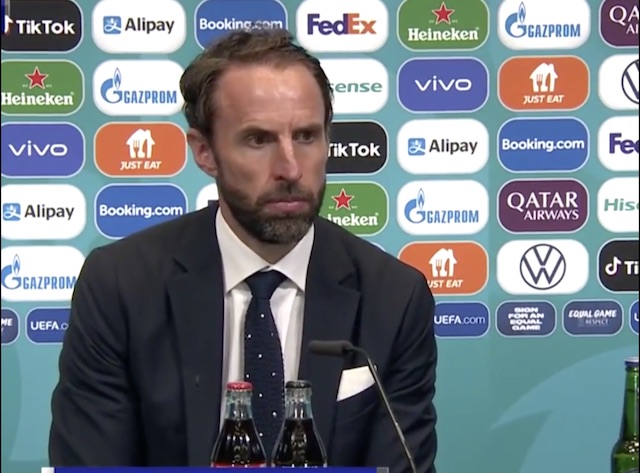 Gareth Southgate could ring the changes on Monday when England, whose relegation from League A of the Nations League has already been confirmed, welcome Germany to Wembley.

It has been a miserable Nations League campaign for the Three Lions and Friday’s 1-0 defeat in Italy confirmed they would be dropping out of the competition’s top tier, having picked up just two points from five matches so far.

Germany have also struggled and the 1-0 loss at home to Hungary, who top Group A3, has left Hansi Flick’s men third in the pool and unable to qualify for the Finals next year.

With the World Cup just around the corner, Monday’s encounter presents the final chance for both managers to run the rule over their squads before revealing who will be on the plane to Qatar.

Team news
Manchester City’s Jack Grealish picked up a yellow card late on in that defeat to Italy and he is suspended for the Germany clash, but his club team-mate John Stones is available after serving his one-game ban.

Southgate only used two substitutes on Friday and he may decide to rotate his side given the fact there is nothing riding on this game.

This could present a chance to Brentford striker Ivan Toney, who missed out on a place in the match-day 23 last time out, while Roma’s Tammy Abraham also has claims for a starting place.

Germany remain without Leon Goretzka and Manuel Neuer after the duo tested positive for Covid-19, while Julian Brandt was also forced to leave the camp owing to a different illness.

Real Madrid centre-back Antonio Rudiger is suspended after picking up his second booking of the tournament on Friday, with his place to be taken by either Thilo Kehrer, Nico Schlotterbeck or Matthias Ginter.

Friday’s defeat to Italy extended England’s winless streak to five games, their worst run since June 2014, and they have only managed to score one goal during this difficult patch.

The Three Lions have failed to score in the last three matches, with Harry Kane’s 88th-minute penalty in the 1-1 draw in Germany in June the last time Southgate’s side have found the back of the net.

Germany’s loss to Hungary was the first defeat Hansi Flick has suffered since being appointed in September 2021, with his 13-game unbeaten streak brought to an end in abrupt fashion.

Die Mannschaft are unbeaten in their last seven away matches — winning four in a row before racking up three straight draws — but they did lose 2-0 to England on their last trip to Wembley at the 2020 European Championships.

Prediction
The Nations League may have been a bust for both of these sides but there are still World Cup places to play for and this could present a chance for several individuals to stake their claims for a plane ticket to Qatar.

However, it is unclear just how bold Southgate will be with his starting XI and the fact his side have scored just once during their five matches is a real cause for concern.

Germany will be eager to bounce back from the loss to Hungary and they are definitely playing better football than the Three Lions right now, so it would be no surprise to see the visitors come away with the win.