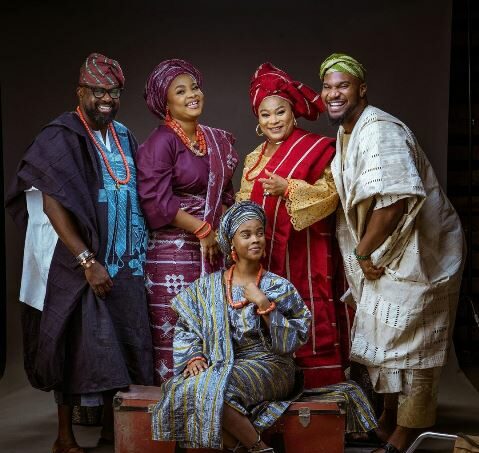 The cast of Anikulapo

The much awaited Kunle Afolayan’s epic movie, ‘Anikulapo’ will be officially released on Netflix on Friday, September 30, 2021.

Afolayan took to his Instagram page on Thursday to release photos of the casts and announced that all is now ready for the release of the movie.

He wrote: “Storytelling is the force that binds us together, fueling emotions and lending an ear to the lips that tell the untold tales and hidden stories.

“Finding your identity in an unknown culture is possible because we are all humans after all and though you can’t relate to the beliefs and ways of life of a said people, you can understand their pain, emotions, and feelings (if only told well)

“Anikulapo – he who has death in his pouch, tells the story of love, hate, deceit, jealousy, and covetousness, you’ll feel the intrigue, suspense, anger, and empathy.”

He added that “In less than 24 hours, you’ll experience the power of love, the pride that goes before a fall and the abuse of power.

“The story’s originality, the rarity of the storytelling technique, and the actors’ professionalism will have you on the edge of your seat.”

According to Afolayan, “There’s no other movie you should plan to see on the 30th of September 2022 – tomorrow, rather than Anikulapo.

“Find out how the power of love works out the impossible, how death collects what its owed, how deceit betrays trust, how love turns to resentment, resentment to hate and eventually, destroys all the parties involved. Pride they say goes before a fall and no man is infallible. Watch learn, and enjoy… Ire!”