Top 5 pound-for-pound fighters in the world 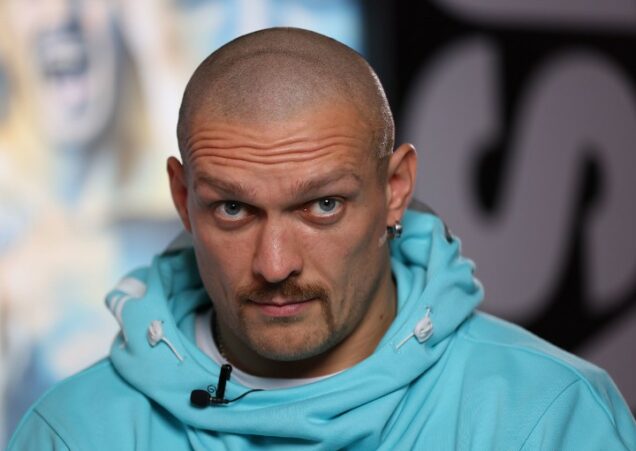 Oleksandr Usyk in a press conference

In boxing, you can determine the best fighter by knowing who is the best pound-for-pound fighter, regardless of weight. His dominance in the ring and the championships that he holds add up to points in the rankings.

Usually, the best fighter is someone who at the moment is at a spectacular level and is practically unbeatable. Many of those we consider the best in history have never been the best pound-for-pound fighters in the world. It’s a funny thing, but it’s true.

This boxing calendar still has a lot of very interesting fights, and it is a good idea to go to bookmaker-ratings.ng to place a bet on some of them. There you will find the highest odds and the best places to do it.

Let’s review the best pound-for-pound fighters in the world at the moment, the list will surely surprise you.

The Mexican has just beaten Gennady Golovkin again in the culmination of a good trilogy that had many good moments. The Guadalajara-born fighter is undoubtedly one of the most popular boxers on the planet and one of the biggest money earners.

At one time, he was the best pound-for-pound fighter on the planet, but his stock has dropped a bit because of the fighters he has faced. Although, he has defended his titles correctly and without any problems. The fighters are not contenders, and that takes away from the importance of the fights.

The loss to Russian Dmitry Bivol also took away some ratings points, but his quality is undeniable. El Canelo if he continues with a good level and gets much more serious fighters, he could return to the place he once had.

This young boxer has an undefeated record, 28 fights without a loss and in all of them, he has been seen as a dominant entity. He has unified the welterweight division, and there is no one better than him in that division.

His fighting style is aggressive, not for nothing he has 78% of his bouts finished by KO. With a devastating punch and is very agile, he is one of the top prospects in American boxing. He won his first title in 2017 he has had no rival, at this rate we are looking at a future best pound-for-pound on the planet.

At the moment, “The Truth” needs to show more in other divisions to prove he is complete anywhere. He is young with a long career, with his KO rate he is not getting punished a lot and that is important to be able to aspire to a very long career.

He lacks the WBO title, which is owned by Terence Crawford. The fight is cooking. Crawford is 38-0 this fight will be a train wreck that will determine the best welterweight. We can’t wait

Obviously, a 38-0 record with 29 KO’s puts you as one of the best on the planet without a doubt. He is the current WBO welterweight champion, but his dominance began at light middleweight where he unified all the titles, obviously, he had to move up in weight.

The feat he did by unifying the titles had not been achieved by anyone since Jermain Taylor. Moving up in weight was the right thing to do to prove that he is the best. By winning the WBO title, he becomes Errol Spence’s only obstacle at welterweight.

As we keep repeating, that fight could be the best fight of the year as soon as it is organised. Both are in great shape, and it would be the first loss for either of them. The title unification would be something that attracts and that would put them very high in the ratings to determine who is the best in the world.

At the moment there is speculation that the title unification will take place on November 19, both parties have agreed to a rematch clause, and who is the absolute welterweight king?

The Japanese is a great fighter. He dominates the bantamweight and is champion of almost all the belts, he lacked to unify the title. His way of fighting is unique, he has a lot of stamina and power, rare in his division.

Physically he is impeccable, and although he has finished most of his fights by KO, there is no doubt that he could go the distance in any fight that might demand it. Some associations consider him the best pound-for-pound fighter in the world, but for others, he still has a little way to go to prove that he is.

He is undoubtedly already one of the best in Japanese history for what he has achieved. Few have been able to dominate his weight like Inoue. It is expected that his next fight against Paul Butler, who is the WBO champion, will be the one that defines once and for all that he is the best in the world.

On December 13 in Japan, he could become the undisputed champion, but Butler is not an easy fighter. No doubt, we are close to a very good match-up that could change the roster dramatically. A loss would be devastating, but at “Kaibutsu’s” level, it’s hard to see him not getting the belts once and for all.

At the moment, the Ukrainian is the best pound-for-pound fighter in the world. He has dominated heavyweight for a long time and is the champion of most of the associations. He only lacks the belt owned by Tyson Fury to go down in boxing history.

The fight against Fury is inevitable. The English fighter was thought to be retired, but several social media posts made it clear that the fight is very close and possible.

Both are undefeated, and this fight would undoubtedly be one of the fights of the year because someone could lose the undefeated aura and stay with the unification.

It has been a long time since there has been a unified heavyweight champion and all four belts would be at stake, this makes the fight raise a lot of expectations. At the moment, nothing has been agreed upon. In early 2023 both fighters will likely step into the ring to decide the best heavyweight of the moment.

The Ukrainian is in a moment of grace, inspired by the events in his country, he fights inspired, takes little punishment, and dominates his opponents in all aspects.

Even though many specialists and associations do not consider Usyk the best pound-for-pound fighter, he obviously wants to prove them wrong, and that is his place.

The fight against Fury could put an end to the debate, but Fury is not an easy fighter, when he is in a good moment it is almost impossible to hurt him, and his punching is very powerful, something that the Ukrainian has not faced yet, he has not been measured against someone as good as the Englishman. No doubt it will be a very interesting fight.

These are the best fighters in the world. They all have big fights coming up. Who do you like the most?