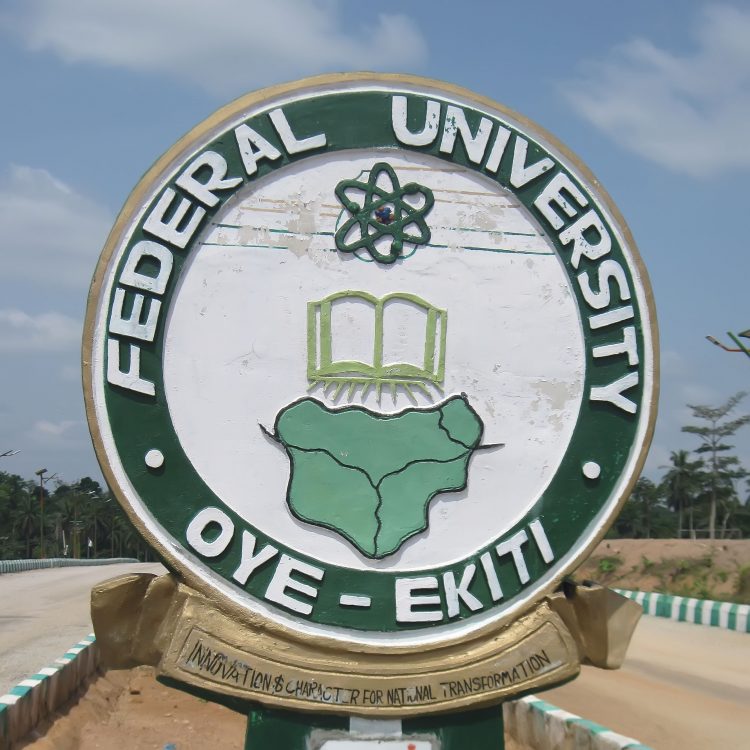 The Management of the Federal University, Oye-Ekiti (FUOYE), on Tuesday debunked the viral rumour that the institution would be resuming academic activities.

A report which has the FUOYE logo, stated that the university management had announced and slated the resumption date for academic activities for Oct.10.

It also added that on the said date, both fresh and returning students of the university would resume.

It added that registration would also start on the same date.

Reacting to the claims, the Vice-Chancellor of the University, Prof. Abayomi Fasina, in a statement signed by his Special Adviser on Media Matters, Mr Wole Balogun, described it as false.

According to him, FUOYE was not making any plans to resume academic activities yet.

“Members of the public and particularly our teeming students are enjoined to ignore the fake news currently going viral on social media that the institution is resuming academic activities on October 10, 2022.

“This is false and the handiwork of some idle hands who are mischievously out to misinform unsuspecting members of the public.

“FUOYE has not announced any date for the resumption of academic activities; so any news claiming to be such is fake and should be so dismissed by the general public.

“If and when the coast is clear for the resumption of academic activities on our twin campuses in Oye-Ekiti and Ikole-Ekiti, respectively, the institution will convey the message to our students via the appropriate and official means,” he said.