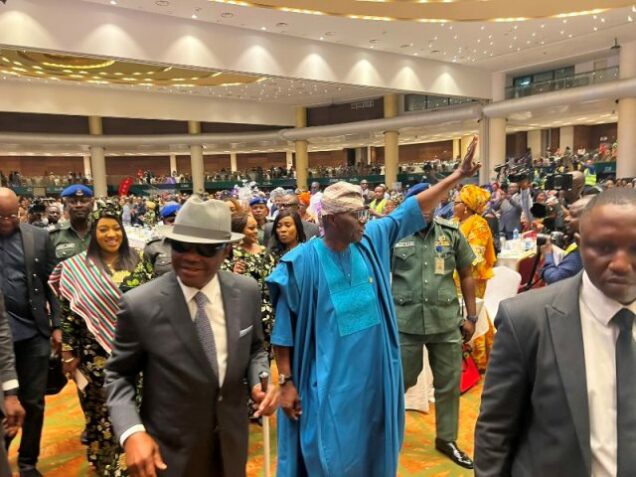 Rivers State Governor, Nyesom Wike landed in Lagos on Tuesday morning to a rousing welcome. He was in Lagos to attended the National Women’s Conference.

The conference is taking place at the Eko Hotel and Suites, Victoria Island, Lagos.

The controversial governor was invited by the Committee of Wives of Lagos State Officials (COWLSO) to declare open the three-day national women conference.

He was ushered into the venue of the event by Governor Babajide Sanwo-Olu and his wife, Dr. Ibijoke Sanwo-Olu.

The Rivers governor stole the show as he received rousing welcome immediately he stepped into the venue of the event.